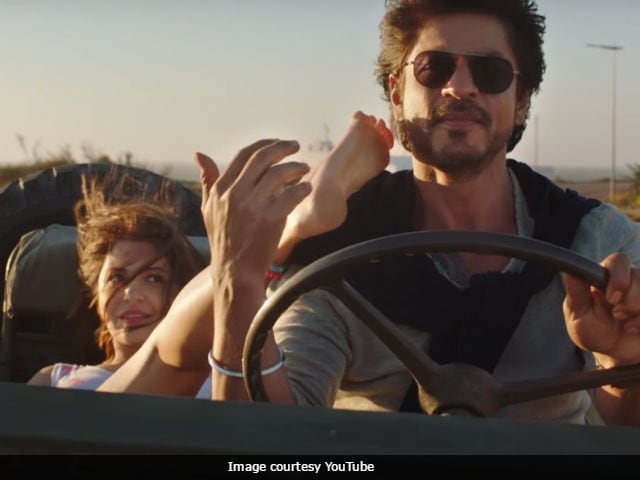 Jab Harry Met Sejal: A still from the song Hawayein

New Delhi: The fifth song of Jab Harry Met Sejal, starring Shah Rukh Khan and Anushka Sharma, was unveiled by the makers of the film today. The song, titled Hawayein, shows how Harry (SRK) and Sejal (Anushka) fall in love with each other. The three-minute song is sure to soothe your heart. Hawayein has been sung by Arijit Singh. The beautiful lyrics of the song have been written by Irshad Kamil and the music has been composed by Pritam. Jab Harry Met Sejal is a film about a tourist guide Harinder Singh Nehra and his love story. The film has been directed by Imtiaz Ali.


The trailer of Jab Harry Met Sejal was unveiled by the makers of the film on July 21. The three-minute trailer of the movie guides us through the love story of tour guide Harinder Singh Nehra aka Harry (SRK) and Gujarati tourist Sejal (Anushka).

Shah Rukh Khan and Anushka Sharma will reportedly be seen together once again in Aanand L Rai's next venture.

Promoted
Listen to the latest songs, only on JioSaavn.com
Jab Harry Met Sejal is scheduled to release in theatres on August 4.