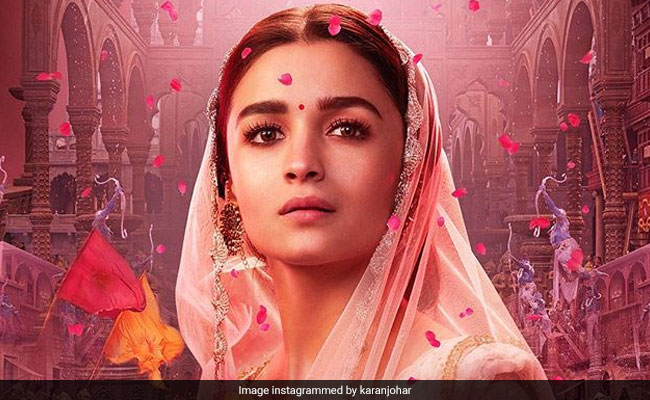 On Alia Bhatt's birthday today, the makers of her upcoming film Kalank released a new character poster of the actress and it's just wow. Alia Bhatt shared the poster on her social media pages with a heart emoticon while producer Karan Johar captioned the poster: "Courage has never looked this beautiful." He described Alia's character Roop as "feisty." The poster features a close-up shot of Alia Bhatt in pink hues with the faded background depicting scenes of grand celebrations. The teaser of Kalank released on Tuesday while the film will open in cinemas on April 17. From the teaser, which went insanely viral, it appears that Alia Bhatt's Roop is remoulding her story in unimaginable ways.

Take a look at Alia Bhatt as Roop in Kalank:

Watch the teaser of Kalank here:

Brahmastra is a trilogy, the first part of which will release this year.