Kalank New Poster: Varun Dhawan Vs Bull. Our Money Is On Varun

"The one who takes challenges head-on," wrote Karan Johar 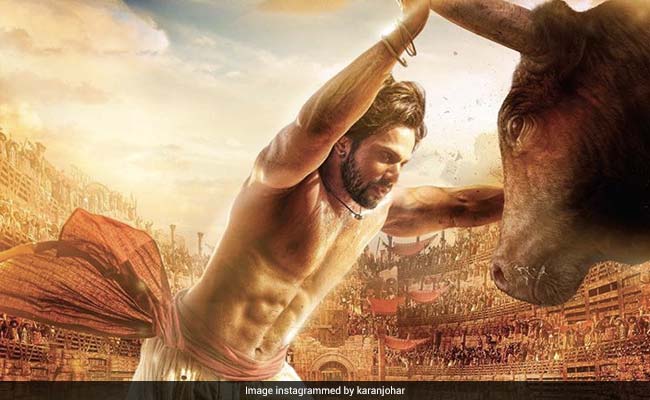 The makers of Kalank shared a brand new poster on social media on Thursday and intense can't even begin to describe it. The poster features Varun Dhawan, who can be seen fighting with a bull. Dressed in a white dhoti and with kohl-rimmed eyes, Varun looks extremely fierce as he challenges the bull in the poster. Film's producer Karan Johar shared the poster on social media and he captioned it: "The one who takes challenges head-on! Zafar's story will come to life on 17th April." Varun too shared the poster on Instagram and he wrote: "Zafar #bramabull 17th April."

Varun Dhawan's character was the first one to be introduced in the Kalank family. Karan Johar shared the poster last week and wrote: "Presenting Varun Dhawan as Zafar! He flirts with life and danger." Varun, who will be seen playing the role of Zafar in the film shared the poster and wrote: "It's been a hell of a journey playing this gem of a character. So guys, meet Zafar!"

The much-awaited teaser of Kalank released earlier this week and it went insanely viral. A section of the Internet even compared the film to S S Rajamouli's Baahubali series.

Take a look at the teaser here:

Kalank is a period drama set in 1945. Besides Varun Dhawan, the film stars Alia Bhatt, Aditya Roy Kapur, Sonakshi Sinha, Madhuri Dixit and Sanjay Dutt. The film has been directed by Abhishek Varman and it will hit the screens on April 19.