Malaika, no matter how busy she is, always manages to take some time out for Casper

Attention everyone, Malaika Arora wants us to take a look at her baby.  She has also shared a Boomerang on Instagram Stories. Well, we would like to add that she isn't talking about her boyfriend, actor Arjun Kapoor, or her son Arhaan Khan. Wondering who is it then? Oh c'mon. It's none other than her dog Casper. Malaika has shared the snippet from her cuddle time. And, it is “paw”dorable. The text on the clip read, “My baby”. The actress has added a red heart to it. 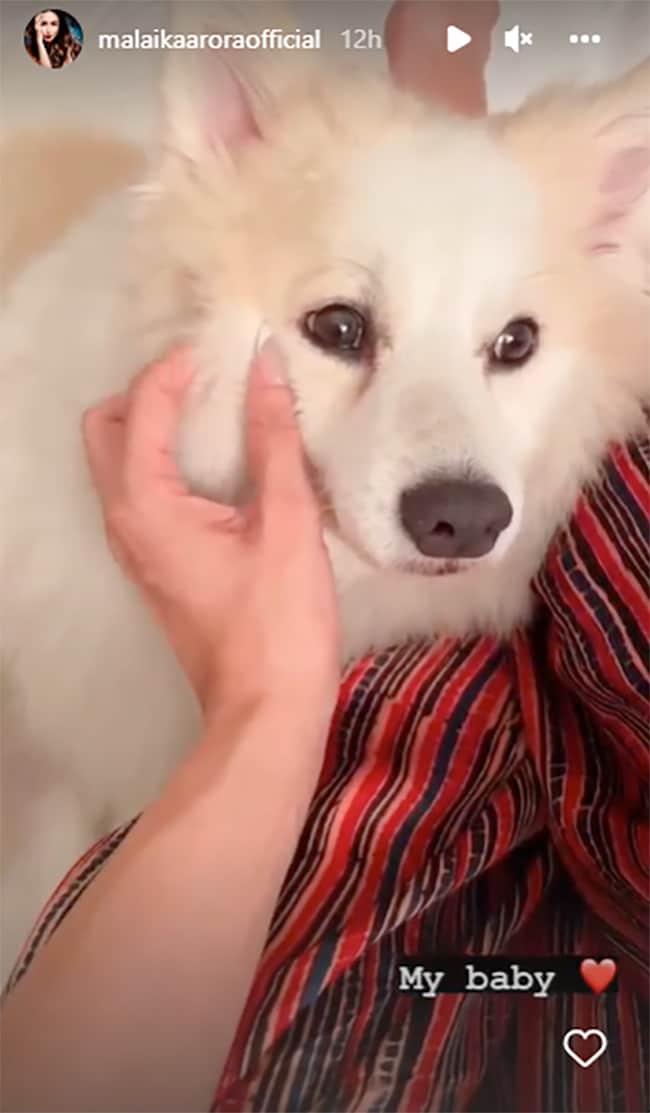 Malaika Arora, no matter how busy she is, always manages to take some time out for Casper. Don't believe us? Take a look at this picture featuring the two. It was clicked inside a lift. Malaika is carrying Casper in her arms. She has poured her heart out in the caption. It read, “When did my baby Casper get this big?” For the hashtags, the actress has added  “who's carrying who home” and “mommy duties”. And, she also wants us to tell her, “ Who is a better poser?” Director-choreographer Farah Khan said, “Awwwwwww. He is carrying you definitely.” Actress Vidya M Malavade found the pic “adorable”.

For  Malaika Arora, Casper is her “forever companion”. We are not making such claims. The actress herself announced on Instagram. Along with a picture of herself and Casper relaxing on a couch, Malaika wrote, “My forever companion.”

And, when we are talking about Malaika Arora and Casper how can we not mention the happy birthday video shared by the actress? It was Casper's birthday and Malaika made it a point of making it special by arranging his favourite treats. Malaika, in the clip, is asking Casper to give her a high five. Malaika, for the side not, just added a couple of hashtags that read “happy birthday”, “my love”, “birthday boy,” and “Casper.”

Aren't they the cutest?