On Koffee With Karan 7, Arjun Kapoor Was Asked This Question About Malaika Arora

Arjun Kapoor will be attending the episode with cousin Sonam Kapoor 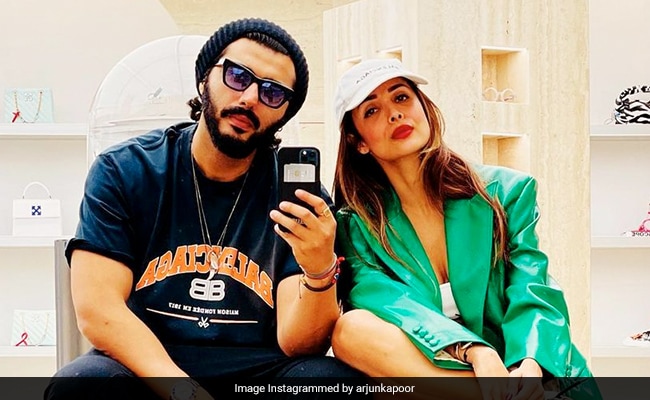 Arjun Kapoor, who is all set to spill some beans with cousin Sonam on Karan Johar's talk show Koffee With Karan 7, was also asked a question about Malaika Arora, who has been dating for over 4 years. A promo video of the episode was shared on Tuesday, where Arjun was asked by what name has he saved Malaika Arora's contact in his phone. Arjun revealed that he "likes" her name, which is why the contact reads Malaika only. Sharing a teaser of the episode, Arjun Kapoor wrote: "The most called person on Koffee With Karan S7 is now actually on Koffee With Karan S7 with my sister who is actually quite a lovable mess if I may add..."

During the last season of Koffee With Karan, Malaika Arora attended the show as one of the jury members to give away the Koffee awards. When Karan asked jury to name the best performer (male) of the season, Malaika said, "I like Arjun, this way or that way." Malaika and Arjun reportedly started dating in 2018. They frequently feature on each other's Instagram profiles. See some of the posts here: