Here, Karisma Kapoor is having a blast on the streets of Mumbai Karisma Kapoor is a diva. She is one of those actresses who loves to keep her online family updated by sharing glimpses of her daily routine. Now, Karisma's latest post reminded us of her hit film Dil Toh Pagal Hai. The actress has shared a video of herself enjoying the “October rain”. Here, Karisma is having a blast on the streets of Mumbai. In the background, we can hear the evergreen monsoon song Koi Ladki Hai from the film. Karisma didn't waste much time thinking about the caption and just wrote the lyrics of the track, “Oh Saawan Raja, Kaha Se Aaye Tum?”. She has added an umbrella emoji to the post.  Karisma's co-star, in Dil Toh Pagal Hai, Madhuri Dixit was among the first to drop a comment under the video. She has picked a red heart-eye emoji. Fans, too, couldn't stop themselves from rushing to comments sections. A person wrote, “Koi Ladki Hai Jab Wo Hastiiii Hai.” Another followed, “Chak Dhoom Dhoom Chak Dhoom Dhoom.”

Dil Toh Pagal Hai, directed by Yash Chopra, also featured Shah Rukh Khan in the lead. From the songs to the dance sequences, everything about the film is a class apart. Oh, and, those who are willing to revisit the ultimate rain song - Koi Ladki Hai - by Lata Mangeshkar and Udit Narayan we have it ready for you here. Take a look:

Karisma Kapoor has also shared an amazing picture of herself on Instagram Stories. The text on it read, “October rains”. 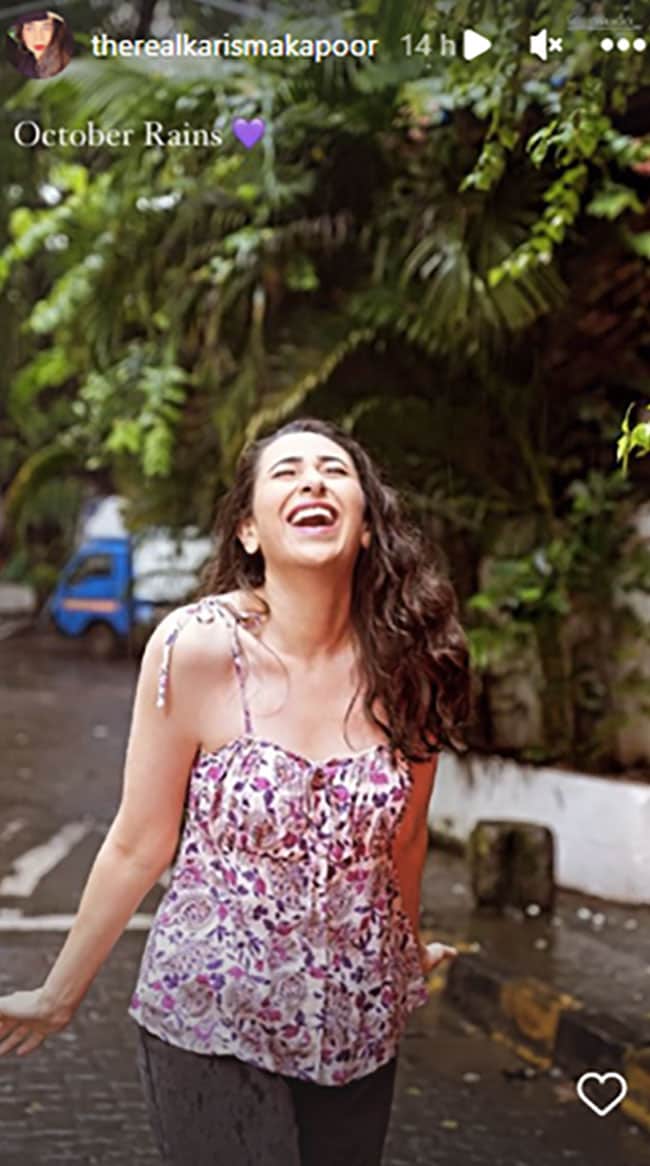 Now, take a look at Karisma Kapoor's “mood” of the day. 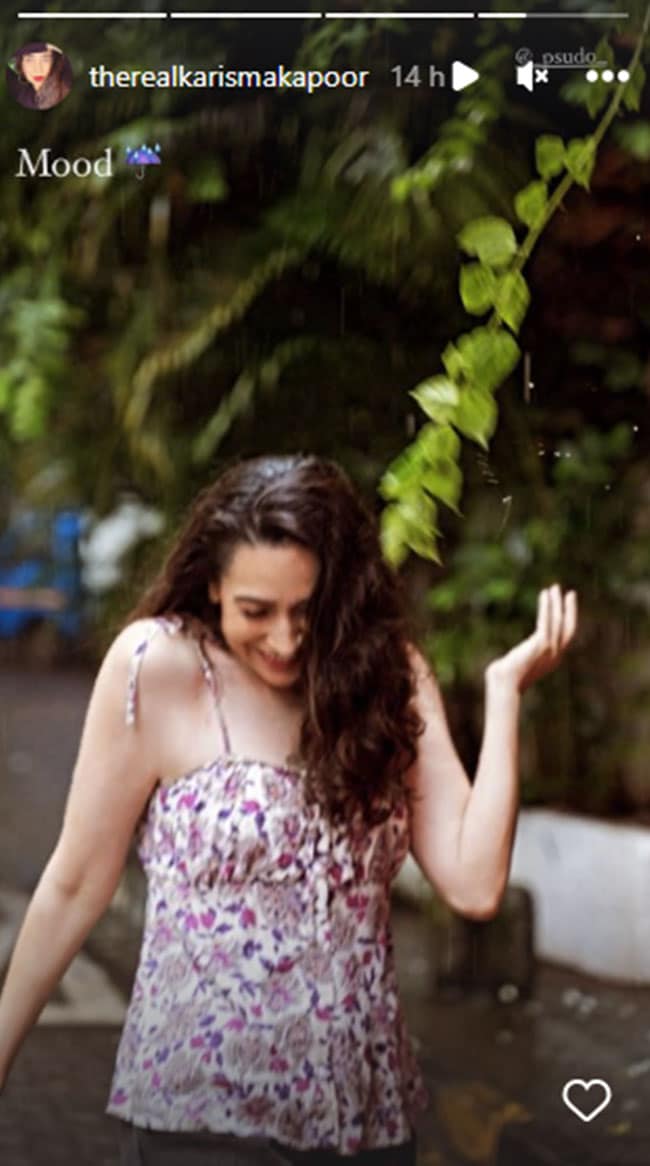 Karisma Kapoor will be next seen in Brown: The First Case. The drama series, set in the city of joy - Kolkata, is directed by Abhinay Deo. It is based on Abheek Barua's book the City of Death. Surya Sharma is also part of the project.  The series will also mark veteran actress Helen's comeback. She was last seen in Madhur Bhandarkar's Fashion. “When I was first approached, what put me at ease was the clarity and assurance the team gave me about my role. I identify with this character and I plan to simply enjoy myself as I return to the set," Helen was quoted as saying.