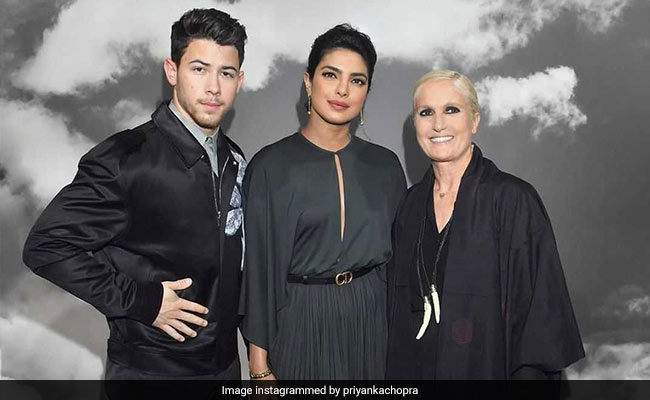 Priyanka Chopra and Nick Jonas made heads turn at the Paris Fashion Week as they attended the event together on Monday, snippets from which have been shared by Priyanka on her Instagram profile (but more on that later). This is the story of how Nick Jonas grabbed our attention in his wife's Instagram post from last night. Priyanka shared a picture along with Nick and renowned fashion designer and Dior's Creative Director Maria Grazia Chiuri. Nick looked sharp in an all-black outfit as he posed with Priyanka, who was dressed in a grey gown but the singer's comment on the post tells a different story altogether. Nick gave us a two-step guide on how to ace the "cool guy" pose and he wrote: "That's my cool guy pose. Only two steps required... First, put your hand on your torso awkwardly. Second, make sure your posture is super weird."

Thank you Maria Grazia for an incredible evening. Congratulations @dior

Here's a screenshot of Nick Jonas' comment that cracked us up:

Meanwhile, Priyanka Chopra gave us a sneak peek of their stay in Paris by sharing pictures on her Instagram stories. The couple was also joined by Priyanka's mother Madhu Chopra and Nick's parents Denise Jonas and Paul Kevin Jonas. Check out the picture here: 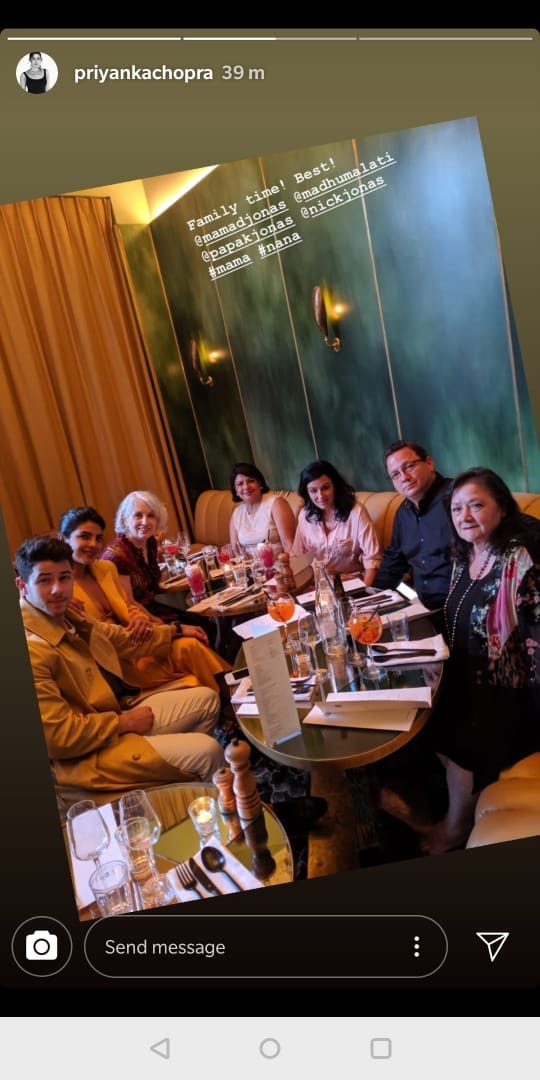 On the work front, Hollywood film Isn't It Romantic? remains Priyanka Chopra's last release. She will next be seen in Shonali Bose's The Sky Is Pink.

Nick Jonas, along with his brothers Kevin and Joe, made a comeback with the blockbuster single Sucker, which soared to the top of Billboard Hot 100 list. The Jonas Brothers also released another single Cool this year. Nick Jonas will also be seen in Jumanji: Welcome To The Jungle sequel.