Priyanka Chopra is in London, shooting for Citadel 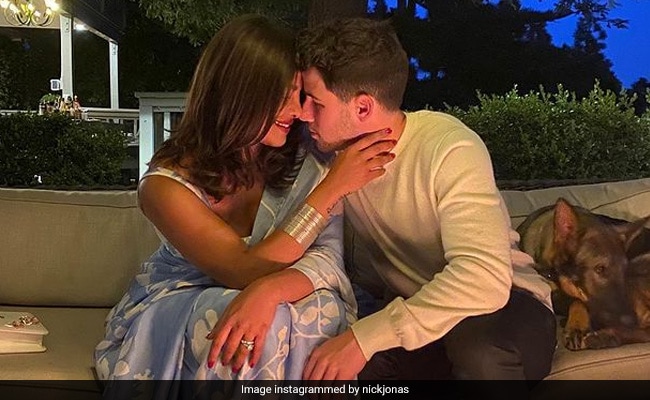 Leave it to star couple Priyanka Chopra and Nick Jonas to set goals for every occasion, even when they are miles apart. Nick Jonas' latest Instagram post, mushy and equally adorable, is a love letter of sorts to his wife Priyanka Chopra, who is currently shooting for Citadel in London, while he is busy with the American TV reality show The Voice. The singer-actor shared a super cute picture with Priyanka Chopra to tell her that he misses her. Also, can we take a moment to appreciate how stunning the actress looks in that ice blue saree. "Her. That's it. That's the post. Missing my heart," wrote Nick Jonas. There were comments like "You guys are so cute," "cutest couple" and "OMG love" on Nick's post.

Priyanka Chopra and Nick Jonas  might be apart for work but every time they meet, they make heads turn with their stunning red carpet appearances. Remember their recent Billboard Music Awards appearance together? Oomph!

About Priyanka's next project Citadel, it is a multi-series with productions from India, Italy and Mexico and it also stars Richard Madden and it will be directed by the Russo Brothers. Citadel is Priyanka Chopra's second project with Amazon Prime Video after announcing the Sangeet Project, a sangeet-themed dance reality show, which she will host with Nick Jonas. Priyanka Chopra was last seen in Netflix's The White Tiger, based on Aravind Adiga's Booker Prize winning novel.