There's one review which must have made Alia Bhatt's day, her month, or even her year - the one from Ranbir Kapoor's mom Neetu Kapoor 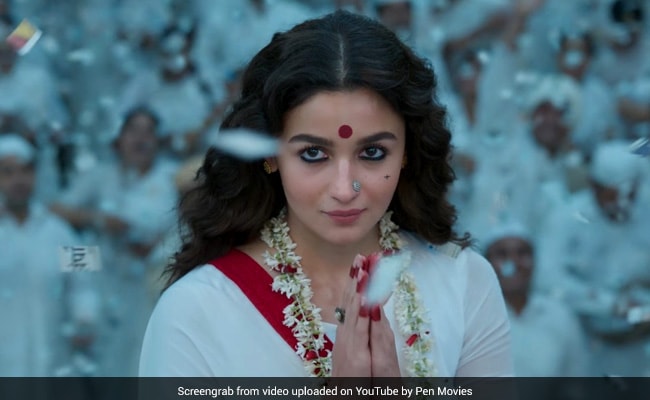 The teaser of Sanjay Leela Bhansali's film Gangubai Kathiawadi, starring Alia Bhatt in the titular role, garnered a whole lot of love on social media. Praise for Alia Bhatt as the feisty mafia queen Gangubai Kathiawadi poured in from the likes of Shah Rukh Khan and Priyanka Chopra to Akshay Kumar and Ranveer Singh. But there's one review which must have made Alia Bhatt's day, her month, or even her year - the one from Ranbir Kapoor's mom Neetu Kapoor, who is Alia's loudest cheerleader on Instagram. For the uninitiated, Alia Bhatt and Ranbir Kapoor are dating. Sharing the teaser on her Instagram story on Wednesday, Neetu Kapoor wrote: "Outstanding Alia. Absolutely brilliant." An excited Alia Bhatt shared the review on her feed and wrote: "Love you." 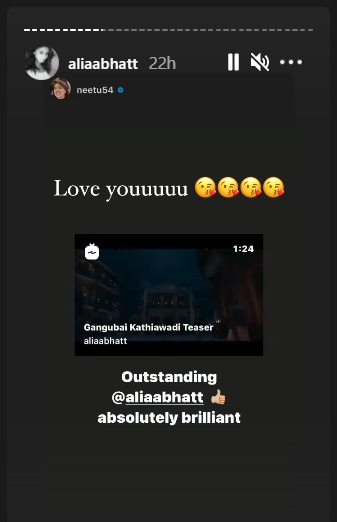 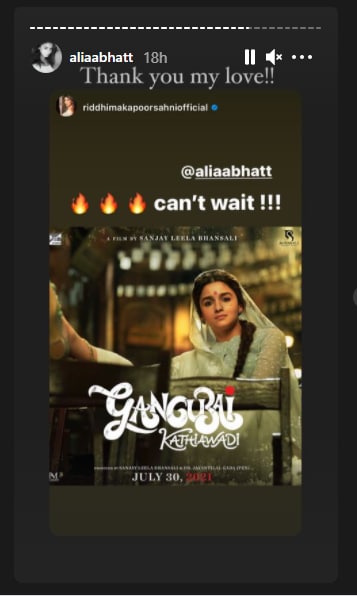 Gangubai Kathiawadi is based on a chapter from Hussain Zaidi's book Mafia Queens Of Mumbai. The character Alia Bhatt portrays - Gangubai Kathiawadi - was a sex worker in Mumbai's Kamathipura, who was pushed into prostitution at an early age. She became synonymous with power and strength for her inspiring journey as the head of a brothel and a political leader of Kamathipura.

Gangubai Kathiawadi marks Alia Bhatt's first collaboration with Sanjay Leela Bhansali. The film has booked July 30 as the release date, when it will clash with Prabhas and Pooja Hegde's Radhe Shyam.

Kareena Kapoor Wished Manager Poonam Damania On Her Birthday Like This