"I need to make that impression in the beginning that I know what I am talking about," said Navya Naveli Nanda 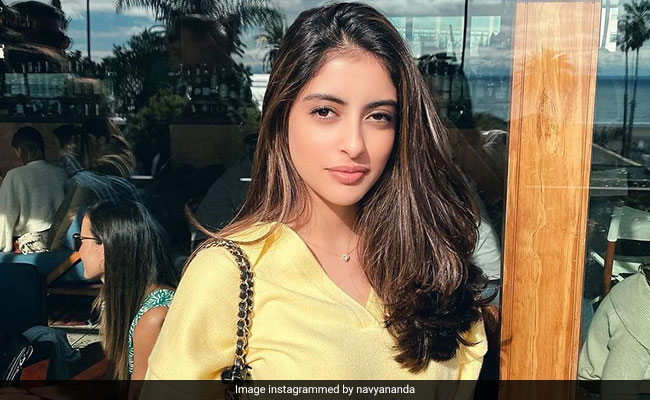 Navya Navelii Nanda, a graduate from New York's Fordham University, is the co-owner of the Aara Health, an online platform which discusses health issues and more. On Tuesday, Navya and Aara Health co-founders Pragya Saboo, Ahilya Mehta, and Mallika Sahney, collaborated for an online session, as a part of which they talked about being undermined as a woman in a male-dominated industry, being "mansplained" to and more. During the Instagram live session, Navya talked about how she has to constantly prove herself in a space that is dominated by men. She said, "So whenever we are put in the spotlight, talking to a vendor or a doctor, all of us have been in situations where we are talking to somebody, most likely a man, who is mansplaining and talking to us in a very condescending manner."

During the discourse, Navya talked about how people often perceive her and explained it with these words, "When you are meeting new people for work and talking to them, there is always that...Not worry of what they are going to think of you but more internal, where I feel like, Oh, we need to prove ourselves. Especially because in the space that we are in, it is largely dominated by men."

Speaking about the situations where she has to prove that she is competent enough, Navya added that they often lead to anxiety. "It is those situations where you feel like you need to prove yourself and you don't necessarily do because it is just stupid. But we have all been in those situations and I think that is where the anxiety comes from, which is, why is this person talking to me like I am stupid? That is where I feel like, Okay, I need to prove myself. I need to make that impression in the beginning that I know what I am talking about and I don't need you to explain every single thing to me and talk to me in a condescending manner."

Navya Naveli Nanda is the daughter of author Shweta Bachchan Nanda and entrepreneur Nikhil Nanda. She is the granddaughter of Bollywood stars Amitabh Bachchan and Jaya Bachchan. Her uncle Abhishek Bachchan and aunt Aishwarya Rai Bachchan are also celebrated actors.