National Film Awards: What Ayushmann Khurrana Was Doing When Congratulations Started Coming In

"I was shooting for an ad-film and there were people around me. So, it wasn't exactly a 'me moment' for me," said Ayushmann Khurrana 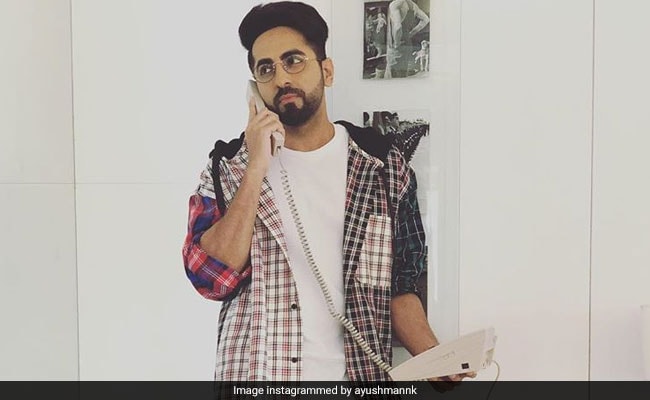 Actor Ayushmann Khurrana, who is still basking in the glory of his Best Actor National Award win for AndhaDhun, shared how he celebrated the big moment in an interview with news agency IANS. Ayushmann, who shared the Best Actor award with Vicky Kaushal (who won for Uri: The Surgical Strike), revealed he was busy shooting for an advert when his phone began buzzing with congratulatory messages. "I was shooting for an ad-film and there were people around me. So, it wasn't exactly a 'me moment' for me. I was busy with the shot when suddenly congratulatory messages started pouring in on my phone. I was so shocked to learn that all this has happened - it was all so surreal," he said.

While AndhaDhun won two more National Awards - Best Film and Best Adapted Screenplay for Sriram Raghavan - Uri: The Surgical Strike also fetched the Best Director award for Aditya Dhar, Best Background Music and Best Sound Design awards. In his interview, Ayushmann revealed here's how he celebrated: "Incidentally, I was shooting with the cinematographer of Uri. So, both of us did a high five and the entire crew started applauding. They arranged for a special celebration for me on the set. It was quite overwhelming."

Talking about his family's reaction to his first National Award, the 34-year-old actor said: "My father was almost choking on the phone when we spoke, after hearing the news. He was so overwhelmed that he could not talk properly. I feel it was even more overwhelming for him than me. Tahira (his wife) was also emotional."

Ayushmann, who previously wrote about his journey from being a radio jockey and a TV show host to a successful actor, told IANS that National Award was on his "bucket list": "I am feeling ecstatic. Actually, I am still trying to digest this. It was on my bucket list when I came to Mumbai to become an actor."

Ayushmann, who indeed has a string of offbeat movies on his resume, said that he's glad about the recognition AndhaDhun received: "The kind of films that I do are about credibility and content. I was actually looking forward to this to happen someday in my life. Actually, when you're doing a particular film, you don't do it thinking about an award, but I am glad this happened with AndhaDhun."

Soon after the National Awards were announced, Ayushmann wrote about Vicky Kaushal's phone call on his Instagram story and elaborated about their conversation to IANS: "Vicky was the first person to call me after getting the news. It was very sweet of him. Even as I got to know of the news, there was a call from Vicky. We virtually hugged each other over the phone. He is such a gem of a person. It was very gracious of him to give me a call."

Winning a National Award is truly humbling and gratifying. I'm forever grateful for the love I've received! Also, a big hug and congratulations to my bro @vickykaushal09 ..

The National Awards, announced on Friday, had another Ayushmann Khurrana-film in the winners' list. Badhaai Ho fetched the Best Supporting Actress award for veteran actress Surekha Sikri while it also won an award for Best Popular Film Providing Wholesome Entertainment.

Feeling ecstatic and overwhelmed! Congratulations to the entire Badhaai Ho team.. and #SurekhaSikri ma'am you're the best! @iAmitRSharma@sanyamalhotra07@raogajraj@Neenagupta001@JungleePictures@ChromePictures@BadhaaiHoFilm#NationalFilmAwards