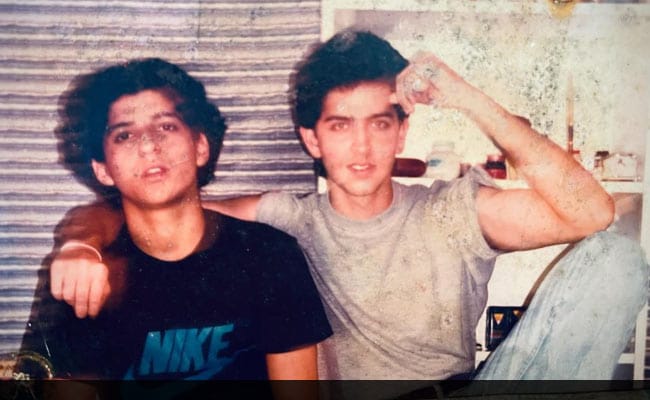 Yea, we know that Farhan Akhtar's throwback picture with Hrithik Roshan was supposed to be a birthday greeting for the actor but a little fun never hurt anyone and the filmmaker-turned actor did just that in his latest Instagram entry. Farhan posted a gem of a picture for fellow Capricorn and bestie Hrithik Roshan. For the uninitiated, Farhan celebrates his birthday on January 9, while Hrithik blows out candles on his cake on January 10. Farhan posted a throwback picture with Hrithik and he added ROFL caption to it. "Bhala tumhare biceps (bachpan se) mere biceps se bade kaise? ... Happy birthday, Hrithik Roshan. Stay blessed, stay you. Big, big hug man," wrote Farhan Akhtar.

The comments on Farhan Akhtar's post were quite a hit as well. Netflix India wrote: "We know it's Hrithik Roshan's birthday, but this is a present for all of us." Farhan's sister and filmmaker Zoya Akhtar used the post as an opportunity to send a common greeting to both the actors that she has worked with and wrote: "Happy birthday Hrithik Roshan. Belated happy birthday Farhan Akhtar." Making a Zindagi Na Milegi Dobara reference, a fan wrote: "Don't know why but I miss Abhay Deol in the pic."

Hrithik Roshan and Farhan Akhtar are childhood friends, who have worked together in films like Luck By Chance and Zindagi Na Milegi Dobara. Farhan also directed Hrithik Roshan in the film Lakshya.