"To the love of my life, my best friend, my ludo partner... wouldn't know how to be on this journey without you," wrote Shibani Dandekar 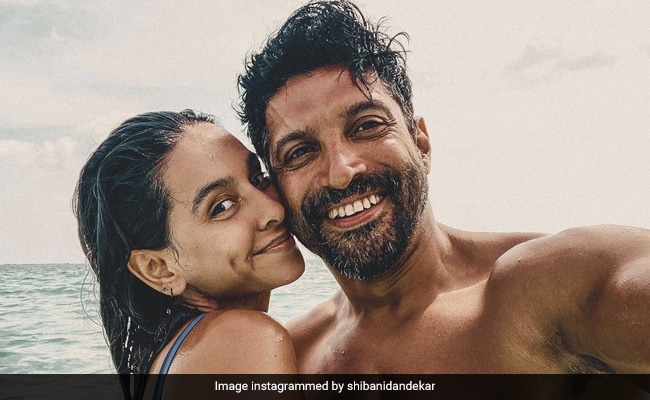 On his birthday, Farhan Akhtar received the sweetest wish from his girlfriend Shibani Dandekar and her post is all about love. Sharing a stunning picture from their vacation, Shibani Dandekar described the actor as the "love of her life, her best friend, her ludo partner" and dedicated a special note to him. The photo features the couple happily posing for the camera after taking a dip in the ocean. "To the love of my life, my best friend, my ludo partner ... wouldn't know how to be on this journey without you... lucky to have you holding my hand and watching my back through it all... you are a beautifully talented genius of an artist and the most incredible human I have known," wrote Shibani.

"Thank you for being all mine... happy birthday my Foo," she added.

Here's what Shibani Dandekar shared for her boyfriend Farhan Akhtar:

Farhan Akhtar was previously married to celebrity hairstylist Adhuna Bhabani, with whom he has two daughters-Shakya and Akira. The duo officially ended their 16-year-long marriage in April 2017. The actor started dating Shibani in 2018 and confirmed their relationship on Instagram the same year.

During the nationwide lockdown, Farhan Akhtar and Shibani were living together. Here are a few pages from their lockdown diaries.

In terms of work, Farhan Akhtar was last seen in Shonali Bose's The Sky Is Pink, in which he co-starred with Priyanka Chopra, Zaira Wasim and Rohit Saraf. His next release is sports drama Toofan, directed by Rakeysh Omprakash Mehra. The film will be co-produced by Ritesh Sidhwani, Farhan Akhtar and Rakeysh Omprakash Mehra and it will also feature Paresh Rawal in a pivotal role.