Hrithik Roshan, Back On Set, Sends The Internet Into Meltdown With His Latest Pic 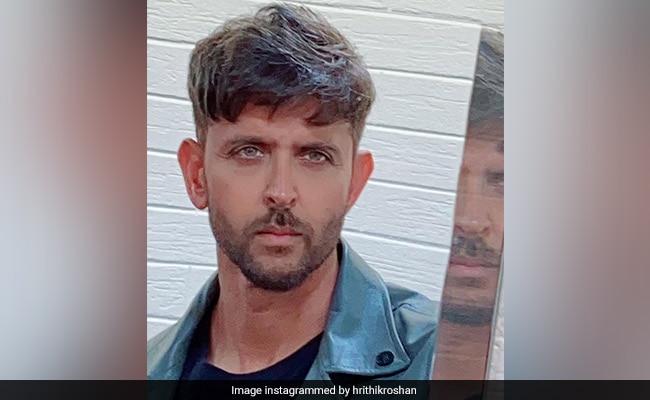 Hrithik Roshan sent the Internet into meltdown after he shared a picture from the sets of his upcoming project. The actor returned to work after months and when he added his latest picture to his work diaries, his fans went crazy. Hrithik, dressed in a blue shirt and jacket, can be seen taking a looking at what appears to be a mirror. His sharp expressions and short haircut made his overall look more dashing and left his fans wanting more. Sharing the photo, Hrithik Roshan wrote: "Back on set" and within minutes, actor Abhishek Bachchan also left a fire icon in the comments section.

Hrithik Roshan's fans dropped comments like "God of looks" and "Greek God physique." One of the users wrote: "Can't wait to see you on the big screen" while another commented: "Crushing on you." The photo has now gone viral on social media and we are not at all surprised.

Hrithik Roshan was last seen in Siddharth Anand's 2019 film War, in which he co-starred with Tiger Shroff and Vaani Kapoor. The film was one of the superhits of 2019. Hrithik did not announce his new project after that but going by his latest post, it appears he has started working on a new film.

Hrithik Roshan, who made his acting debut with Kaho Naa... Pyaar Hai, has worked in several hits in his film career. Some of them are Krrish, Dhoom 2, Jodha Akbar, Zindagi Na Milegi Dobara, Guzaarish, Agneepath, Kaabil, Bang Bang!, Kites and Super 30.