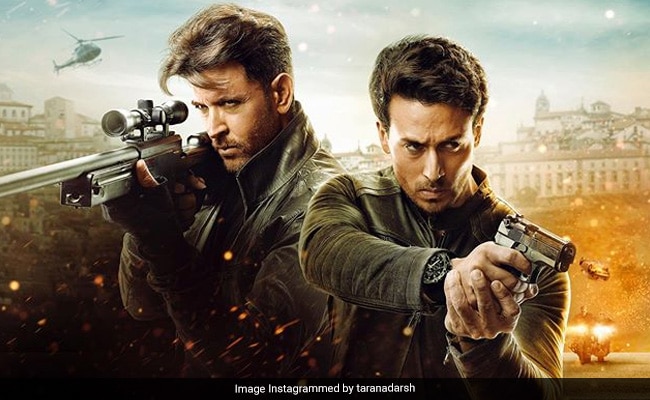 Hrithik Roshan and Tiger Shroff's action thriller War has now crossed the Rs 300-crore mark with the Hindi version alone, trade analyst Taran Adarsh tweeted on Friday. The film's Hindi version collected the Rs 300-crore bounty in its fourth week while it was played in a reduced number of screens. "And the Hindi version of War hits a triple century... Crosses Rs 300 crore in week 4. Total India business in Hindi is Rs 300.14 crore and including (collections from) the Tamil and Telugu versions it is Rs 314.67 crore," tweeted Taran Adarsh. War, produced by Yash Raj Films and directed by Siddharth Anand, is the top earning Bollywood film of 2019 beating Shahid Kapoor's June release Kabir Singh.

War is a one-of-its-kind action film, which pitted Hrithik Roshan against Tiger Shroff onscreen. Hrithik plays the role of Kabir, a rogue Indian intelligence officer while Tiger plays Khalid, his mentee, who has been tasked with capturing and killing Kabir.