"When in doubt, pout it out," wrote Kareena Kapoor 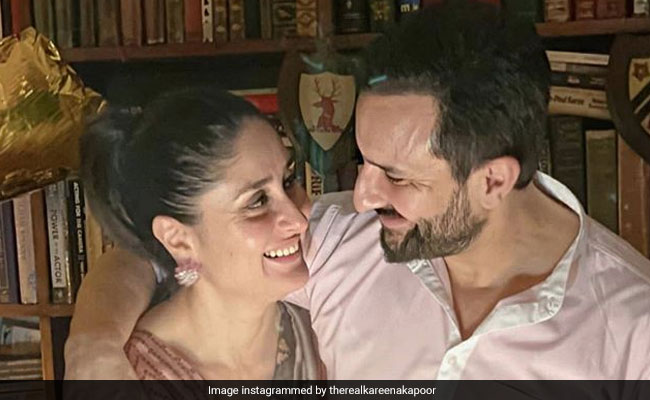 Kareena Kapoor and her husband Saif Ali Khan are "better together" (Kareena's words). On Saturday night, the actress, who is expecting her second child with her husband Saif Ali Khan, shared a snippet from what their lives look like. She posted a BTS video from an in-house shoot, where she and Saif can be seen chilling as they pose. In the backdrop Fifth Harmony song Better Together can be heard. Kareena captioned her post: "When in doubt, pout it out. Shoot at home with the husband again." Later, the video was shared by several fans clubs on Instagram. Check out the video here:

I made a video for Saif's 50th capturing 50 years of his life, which I shared with him last night. It was 22 minutes long and I still felt there was so much more to be said! Am sharing here a glimpse of 50 pictures of the video that is from the heart! Happy birthday love... you make 50 look so good and so well lived!

Happy birthday to the sparkle of my life

Kareena Kapoor and Saif Ali Khan, who got married in the year 2012 and welcomed their first child Taimur Ali Khan in 2016, shared the big news of their pregnancy a few days ago. "We are very pleased to announce that we are expecting an addition to our family. Thank you to all our well-wishers for all their love and support," said Kareena Kapoor and Saif Ali Khan, in a joint statement.