On August 13, Kareena Kapoor and Saif Ali Khan announced that they are "expecting an addition" to their family 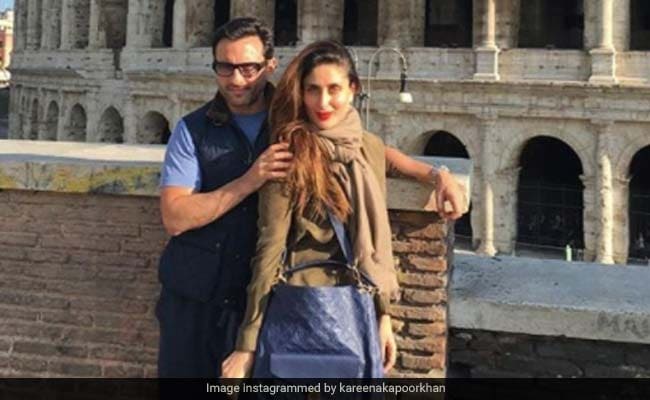 Kareena Kapoor and Saif Ali Khan's baby announcement triggered a meme fest on social media (apart from some heartfelt congratulatory messages) and one such meme was shared by actor Gajraj Rao. The actor shared a meme, in which Kareena and Saif's announcement was set to a scene from the movie Badhaai Ho - where Gajraj Rao and Neena Gupta announce her pregnancy to their onscreen sons played by Ayushmann Khurrana and Shardul Rana. In the movie, Gajraj Rao and Neena Gupta play a middle-aged couple who are expecting their third child and in a hilarious scene they reveal this to their grown-up sons.

The scene was reimagined with Saif Ali Khan, 50, in place of Gajraj Rao and Kareena Kapoor, 39, as Neena Gupta while the younger son's dialogues are given to three -year-old Taimur and Ayushmann Khurrana's dialogues are set for Ibrahim. Ibrahim, 19, is Saif's son with his ex-wife Amrita Singh while Kareena and Saif welcomed Taimur in 2016.

On August 13, Saif Ali Khan and Kareena Kapoor released a joint statement saying: "We are very pleased to announce that we are expecting an addition to our family. Thank you to all our well-wishers for all their love and support." After this announcement, celebrities including Saif's sister Soha Ali Khan, Kareena's cousin Riddhima Kapoor Sahni and producer Rhea Kapoor, among others posted congratulatory messages for the couple.

Kareena and Saif started dating during the filming of Tashan (2008) and they got married in October 2012. Their son Taimur was born in December 2016. Apart from Tashan, Saif and Kareena have co-starred in movies such as Kurbaan, Omkara and Agent Vinod.

Kareena Kapoor will be next seen in Laal Singh Chaddha opposite Aamir Khan while Saif Ali Khan's upcoming project is Bunty Aur Babli 2.