"Thank you to all our well-wishers for all their love and support," read a joint statement released by Saif Ali Khan and Kareena Kapoor. 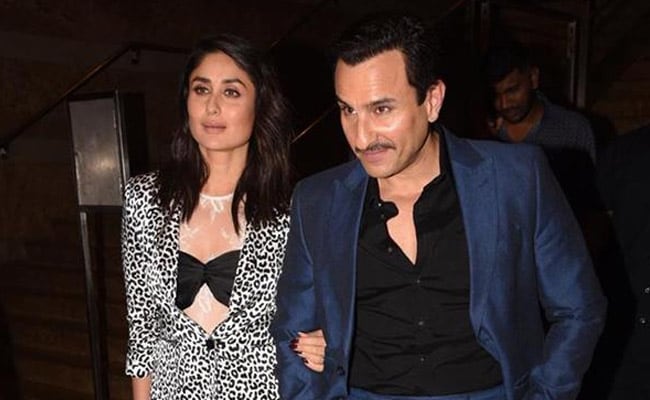 Congratulations, Kareena Kapoor and Saif Ali Khan. The star couple shared great news on Wednesday evening that they are expecting an addition to their family. "We are very pleased to announce that we are expecting an addition to our family. Thank you to all our well-wishers for all their love and support," read a joint statement released by Saif Ali Khan and Kareena Kapoor, on Wednesday. Kareena Kapoor and Saif Ali Khan have co-starred in films like Omkara ,Tashan, Agent Vinod and Kurbaan. They got married in the year 2012 and the couple welcomed their first child Taimur Ali Khan in 2016.

Minutes after the couple shared the big news, Saif Ali Khan's sister and actress Soha Ali Khan congratulated the couple on social media. She shared a picture of Saif and titled it "The Quadfather." In her post, Soha wrote: "Couldn't resist! Congratulations Kareena Kapoor. Be safe and healthy and radiant as ever."

Saif Ali Khan was previously married to actress Amrita Singh for thirteen years. They got divorced in 2004 and are parents to a son named Ibrahim Ali Khan and daughter Sara Ali Khan, who is also a Bollywood actress. She celebrates her 25th birthday today.