Trending: What Kareena Kapoor Said About Saif Ali Khan As A Husband And Father 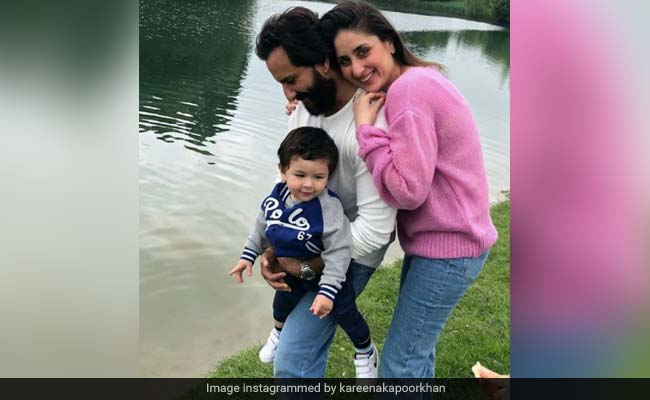 Kareena Kapoor and Saif Ali Khan found a spot on the list of trends after she talked about her equation with her actor husband in an interview with Filmfare. Kareena Kapoor, 39, said that Saif Ali Khan is a "great husband" and he is "an extremely good father" - Saif and Kareena are parents to three-year-old Taimur while Sara Ali Khan and Ibrahim are Saif's children with ex-wife Amrita Singh. Kareena told Filmfare: "Saif's a great husband and an extremely good father. When I met Saif, he was calmer with himself. The timing was right. We're a decade apart, yet he thinks way ahead of me." Kareena Kapoor covered the latest issue of Filmfare, which was shot exclusively at her home in Bandra by Saif Ali Khan.

"Saif's a great husband and an extremely good father. When I met Saif, he was calmer with himself. The timing was right. We're a decade apart, yet he thinks way ahead of me." - #KareenaKapoorKhan talks about her equation with #SaifAliKhan in the latest issue of #Filmfare. pic.twitter.com/QTQJYXluSe

Saif Ali Khan and Kareena Kapoor fell in love while filming Tashan (2008) and they got married in October 2012. Their son Taimur was born in 2016. Apart from Tashan, Saif and Kareena have co-starred in movies like Omkara, Agent Vinod and Kurbaan. Kareena and Saif were the voices for Laila and Romeo, respectively, in 2008 animation movie Roadside Romeo.

Workwise, Kareena Kapoor was last seen in a supporting role in 2020's Angrezi Medium while her last feature film was 2019's Good Newwz. Her work-in-progress film is Laal Singh Chaddha opposite Aamir Khan.

Saif Ali Khan had two big releases in 2020 - Tanhaji: The Unsung Warrior and Jawaani Jaaneman. He had a cameo in Sushant Singh Rajput's Dil Bechara which released on Disney + Hotstar in July. His pending projects are Bunty Aur Babli 2 and Bhoot Police.