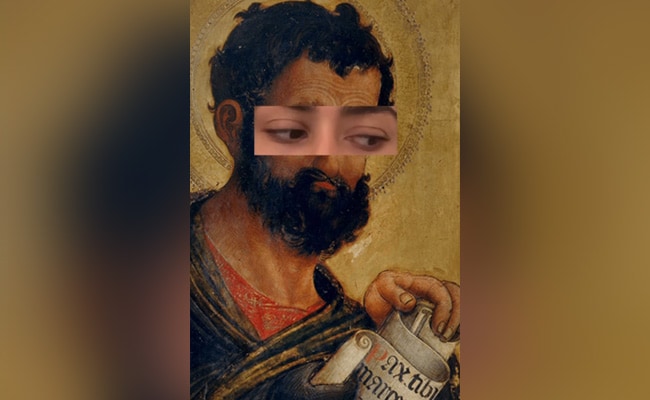 Shahid Kapoor's wife Mira Rajput never misses a chance to make her fans laugh and enjoy. Recently, she tried an Instagram trend in which social media users photoshop their photos in the place of a well-known painting. Mira also tried the trend and gave it a funny twist. She also photoshopped her eyes into the paintings. In the caption of the video, Mira Rajput explained her video and it is all about people minding their own business. She has asked her fans to caption her video. She also shared a snippet of the video on Instagram Stories and wrote, "Caption each with a dialogue of your favourite neighbour Aunty or uncle." Mira Rajput captioned the video as "Kya se kya ho gaye dekhte dekhte: each other's business. You all have to caption each image! #couldntresist #reelkarofeelkaro."

The song which Mira Rajput chose for the video is from her husband Shahid Kapoor's movie Batti Gul Meter Chalu. The song is Dekhte Dekhte and has been sung by Atif Aslam.

Mira Rajput, on Sunday morning, shared a mushy photo with her husband Shahid Kapoor. In the photo, Shahid can be seen hugging Mira as she clicks a photo. She captioned the photo as "Sunday binge."

Shahid Kapoor, who has been in the Hindi film industry for more than a decade, is waiting for the release of his film Jersey. The film was slated to release on December 31, 2021, but the release date had to be pushed due to the restriction due to COVID-19. Jersey is the official Hindi remake of a South film with the same name. Mrunal Thakur and Pankaj Kapur play pivotal roles in the film.