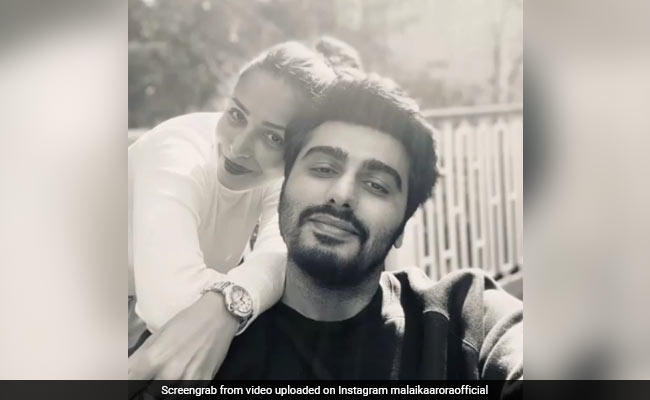 Malaika Arora and her rumoured boyfriend Arjun Kapoor, who checked into Goa over the weekend, are currently staying at Amrita Arora and her husband Shakeel Ladak's pool villa Azara Beach House. Arjun Kapoor, on his Instagram profile, on Monday, shared pictures from his "holiday home" in Goa. He captioned the post: "When you don't feel like leaving... What a house you've built Shakeel Ladak and Amrita Arora. Goa never had a better holiday home." In the comments section of the post, both Malaika and her sister Amrita Arora left heart emojis.

Malaika and Amrita flew to Goa after celebrating Christmas with their family in Mumbai. Sharing a stunning picture from Goa on Saturday, Malaika wrote: "Sunshine duo .... Sunny days are here again."

Malaika Arora and Arjun Kapoor frequently feature on each other's social media profiles and often make public appearances together. They made it Instagram official on Arjun's birthday last year - Malaika Arora shared an adorable picture on her Instagram with an equally adorable message for the birthday boy. Here are some posts of the couple, check them out:

Arjun Kapoor was last seen in the period drama Panipat along with Kriti Sanon and Sanjay Dutt. He will next be seen in Sandeep Aur Pinky Faraar, in which he will share screen space with Parineeti Chopra. His line-up of films also includes Bhoot Police with Saif Ali Khan and Jacqueline Fernandez.

In terms of work, Malaika Arora was last seen as one of the judges in the dance reality show India's Best Dancer, alongside choreographers Terence Lewis and Geeta Kapur.