Malaal Actress Sharmin Segal On Nepotism: 'One Should Not Misuse The Opportunity'

Sharmin Segal : "Those who have connection in the film industry... they get the first opportunity easily. But they have to work very hard" 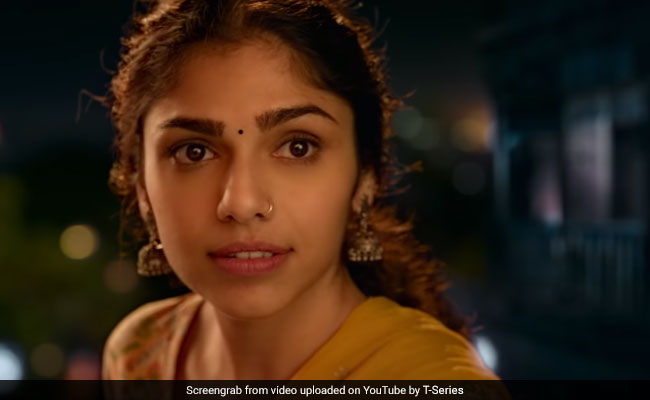 Filmmaker Sanjay Leela Bhansali, who is introducing his niece Sharmin Segal and Jaaved Jaaferi's son Meezaan with his home production Malaal, on Saturday said it is an emotional moment for him to launch the two newcomers. In the past, Bhansali launched Ranbir Kapoor and Sonam Kapoor with his 2007 film Sawaariya. "I am extremely emotional right now," Bhansali said at the film's trailer launch here. "Sharmin was 85-90 kg earlier but she always wanted to be an actor. She has worked hard for what she is today. I am introducing Sharmin and it is a big deal for us," he added.

The filmmaker was also in awe of Meezaan, whom he called the star of the century. "Four years ago, Sharmin was assistant on Bajirao Mastani and I said bring someone for costume trial and she got Meezaan. When he entered, I was like a star has arrived," Bhansali said.

"It is two years of hardwork and tolerating me. They are very strong kids. We have laughed together and I have also fired at them," Sanjay Leela Bhansali said.

Sharmin Segal revealed that Bhansali advised her to focus on her work and not think of fame and success. "I have taken passion for cinema from him. I like living someone else's dream," she said.

Meezaan said Bhansali told them to maintain a distance from the social media and use the platform close to the release of their film. "He wanted that our work should speak for us. What and how does it matter to people where and when I am going to the gym or anywhere else," he said.

At the event, the two newcomers, however, could not evade questions about the nepotism debate. Sharmin Segal believes industry kids may get an easy start but there is a continuous pressure on them to prove their calibre.

"There is nepotism in every field. Those who have connection in the film industry it is bit easy for them, they get the first opportunity easily. But they have to work very hard. The pressure is there on every film. One should not misuse the opportunity," Sharmin said. Over the issue, Meezaan added, "I have to prove myself. It's only the hardwork and talent that helps."

Malaal is a love story directed by Mangesh Hadawale and produced by Bhushan Kumar, Krishna Kumar and Mahaveer Jain. The film is set to be released on June 28.