"If I don't take advantage for his hardwork, which he's done for us, I think I would be a little disrespectful towards to his work," said Sonam Kapoor 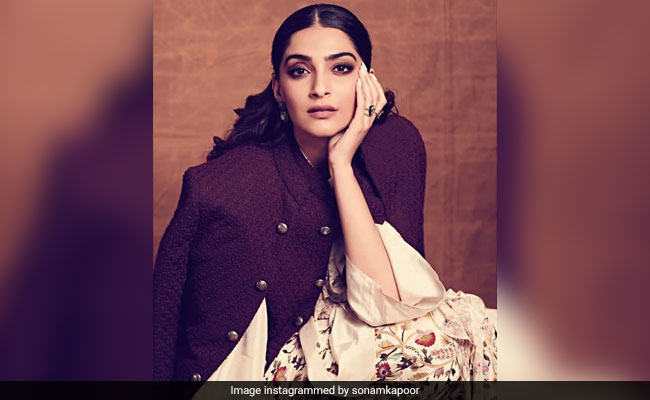 Sonam Kapoor, who often finds her at the receiving end of brutal trolling, addressed the often mentioned topic of trolling - nepotism - on Arbaaz Khan's show Quick Heal Pinch. Following the format of the show, the 33-year-old actress read out comments trolling her for her lineage, which prompted Sonam Kapoor to clear the air. Explaining the concept of nepotism, the actress said: "I just want to explain what nepotism really means. Everybody thinks it's a relative of a person but nepotism actually means to get a job through any connection. I think people have misunderstood it or don't understand it or use that word for benefit to put other people down."

Sonam Kapoor added that she wouldn't want to "disrespect" Anil Kapoor by simply turning a blind eye to his legacy: "Another thing that I would like to add is that my father didn't come from an illustrious family. He's been in the industry for 40 years and he's worked very hard only for his children. If I don't take advantage for his hard work, which he's done for us, I think I would be a little disrespectful towards to his work and to what he's trying to do for us because every man or a woman, a mother or a father, work for their children."

On the show, Sonam also sportingly read out comments describing her as "flop actress" and asking her to "quit acting", about which she said: "When they see someone who is aspirational or is getting everything she wants or he wants, that kind of instigates people in a way to be negative. There are a lot of people who are better than that and are happy for somebody's success."

Sonam Kapoor made her Bollywood debut with 2007 film Saawariya, which also marked the debut of Rishi Kapoor's son Ranbir Kapoor. In a career spanning over a decade, Sonam Kapoor has worked with superstars such as Salman Khan and Akshay Kumar. She was critically acclaimed for her role in Neerja and was honoured with National Film Award - Special Mention for her performance. Sonam Kapoor was last seen in Ek Ladki Ko Dekha Toh Aisa Laga, also starring Anil Kapoor.