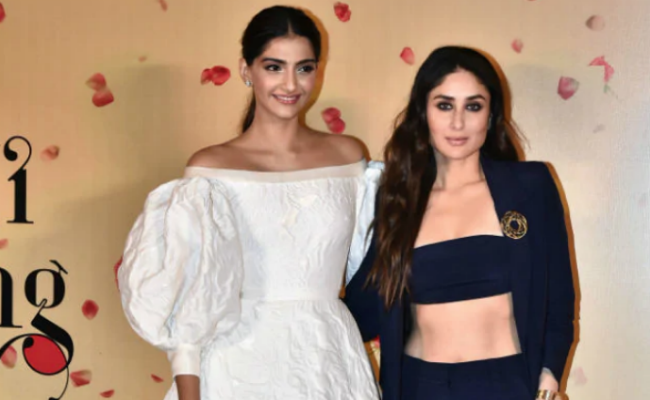 Sonam Kapoor and Kareena Kapoor photographed at an event in Mumbai.

Kareena Kapoor might be a social media recluse but according to her Veere Di Wedding co-star Sonam Kapoor, the Omkara actress uses social media under a pseudo name. Sonam recently appeared in an episode of Arbaaz Khan's talk show Quick Heal Pinch, during which Arbaaz asked her: "Do, you believe Bebo is not on social media?" To which, Sonam quickly replied: "Not under her own name but under a pseudo name." The Neerja actress added, "I know this for a fact." We got a glimpse of the fun-filled episode through a promo video, which was shared on the Instagram account of show's host Arbaaz Khan. The video is going insanely viral on social media.

Here's a snipped from Arbaaz Khan and Sonam Kapoor's conversation:

Sonam Kapoor and Kareena Kapoor share a great rapport. The duo made their first appearance together in 2016 during Karan Johar's talk show Koffee With Karan. They even co-starred in the 2018 film Veere Di Wedding, which also featured Swara Bhasker and Shikha Talsania in key roles.

Kareena Kapoor was the first guest on Arbaaz Khan's show Quick Heal Pinch. During the interactive session, Kareena and Arbaaz talked about paparazzi's obsession with her and Saif Ali Khan's son Taimur. During the show, Kareena even responded to a troll, who referred to the actress as an "aunty," a video from which went viral on social media.