"I completely agree that the nation will get tired.." Kareena said about Taimur's pictures 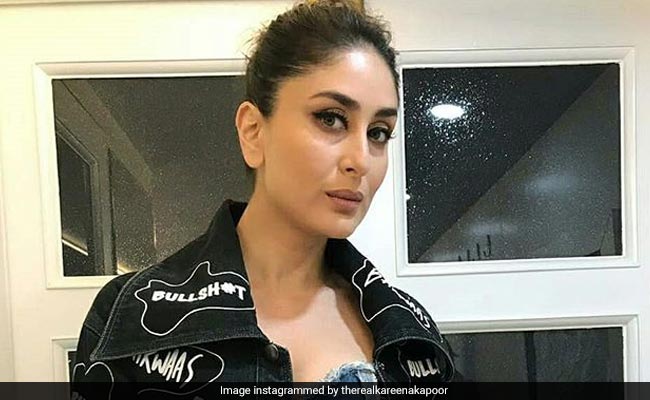 Kareena Kapoor, who recently featured on Arbaaz Khan's talk show Quick Heal Pinch, responded to a few comments, that were spotted on photos of her son Taimur Ali Khan. Responding to one particular remark that appeared to accuse Kareena and Saif Ali Khan of "thrusting Taimur's pictures onto the nation," the 38-year-old actress said that she indeed hopes the craze over Taimur's popularity tones down. Reacting to the comment, which also read: "the nation will grow tired of their manufactured and planned cuteness", Kareena said: "I completely agree that the nation will get tired and I'm hoping that one day, the nation will get tired."

In her response, Kareena added: "I think the grounding factor always starts at home with parents and that is what we are going to be very aware of. Now, everybody is reacting because he is our child but we have to tell him that he has to go out there, achieve something from his life, out of himself and then he'll be a star. Right now, he's not a star in our eyes. He's our child in our eyes."

Speaking about the attention that Taimur gets from the media and also the paparazzi, Kareena said: "I think sometime they cross a line... Every day there's a picture of Taimur and Saif because he goes to the gym with Saif. So, I'm like once in a while its fine but every day, what is the reason who have to see this child... He's two-years-old. You have to allow this person to live his life, especially when it's a child, who is growing up."

In interviews earlier, Kareena Kapoor had said that the paparazzi's obsession with Taimur makes her "paranoid" and that it's "scary." Two-year-old Taimur Ali Khan now appears to be well accustomed to the constant presence of shutterbugs around him. He often acknowledges the paparazzi with smiles and had also told a bunch of photographers some time back: "It's Tim!" when they called out his name.