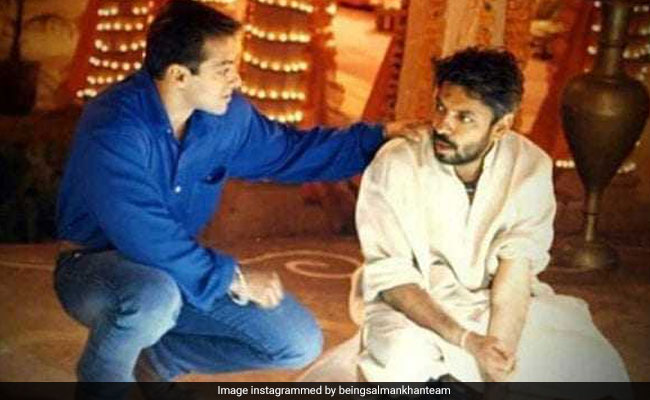 Salman and Mr Bhansali have worked together in three films. (Image courtesy: beingsalmankhanteam)

Salman Khan and filmmaker Sanjay Leela Bhansali are all set to reunite for a project, after nineteen long years, reports Bollywood trade analyst Taran Adarsh. Yes, you read that right! On Friday, Taran Adarsh announced the news on social media and revealed that the film will be a love story and that it is expected to go on floors soon and we couldn't be more excited. Here's what Taran Adarsh tweeted: "Sanjay Leela Bhansali and Salman Khan reunite after 19 years for a love story... The film is set to go on floors soon." Sanjay Leela Bhansali has previously worked with Salman in the 1999 hit film Hum Dil De Chuke Sanam, which also starred Aishwarya Rai Bachchan.

#BreakingNews: Sanjay Leela Bhansali & Salman Khan reunite after 19 year for a love story... The film is set to go on floors soon.

Besides Hum Dil De Chuke Sanam, Salman and Mr Bhansali have also worked together in the 1996 film Khamoshi: The Musical, which also featured Manisha Koirala and Nana Patekar. The Bharat actor also made a special appearance in the Sanjay Leela Bhansali-directed 2007 film Saawariya, which marked the Bollywood debuts of Sonam Kapoor and Ranbir Kapoor.