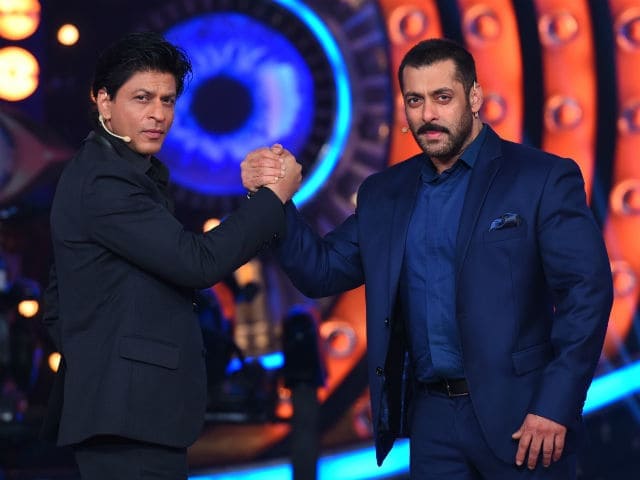 "Yeh waali abhi tak bataya nahi hai usne," Shah Rukh Khan told The Telegraph, when asked whether he is in talks with Sanjay Leela Bhansali for a film, also starring Salman Khan. Mr Bhansali has previously directed Salman in 1999's Hum Dil De Chuke Sanam while he made the 2002 film Devdas with Shah Rukh. Several reports stated that SRK and Salman might collaborate for Sanjay Leela Bhansali's film, which will reportedly be a family drama. However, Shah Rukh, currently busy with Zero promotions, told The Telegraph that right now, he is only keeping the dates with Rakesh Sharma biopic, which Aamir Khan had earlier signed up for.

"Sanjay Leela Bhansali is a fantastic director and he always has lots of stories to tell. He loves both me and Salman. He comes and tells me all his stories, lekin yeh waali abhi tak bataya nahi hai usne (smiles). The only film that I have committed to doing right now is Mr Mahesh Mathai's Rakesh Sharma biopic (tentatively titled Salute)," SRK told The Telegraph on the sidelines of 24th Kolkata International Film Festival.

"If there is an opportunity to work with Salman or Aamir, why wouldn't I jump at it? For me, it's going to be a big deal. I have done a film with Salman (Karan Arjun), but not with Aamir...," he added.

In Zero too, Salman has a cameo while in last year's Tubelight, SRK made a special appearance. Apart from these two film and Karan Arjun, Shah Rukh Khan and Salman shared screen space in 2002's Hum Tumhare Hain Sanam.

Meanwhile, all of this week, Mr Bhansali and Shah Rukh Khan trended a great deal, after media reports suggested that they will reportedly attend Deepika and Ranveer's wedding in Italy, which happened today.