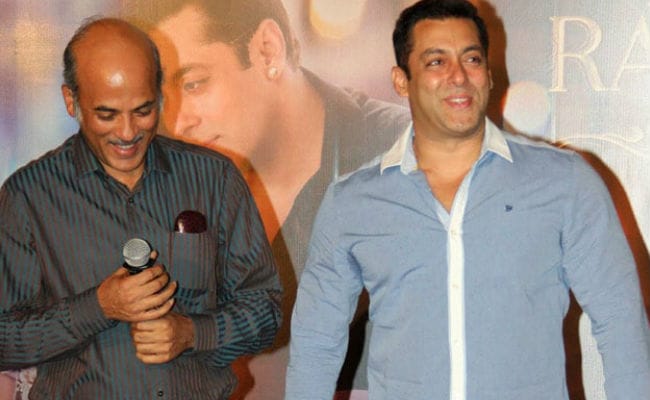 Salman Khan and Sooraj Barjatya's blockbuster jodi is expected to resume filming duty once again. As per a mid-day report, Sooraj Barjatya approached Salman Khan with a project and the filmmaker says that the actor assured him he'll do the film whenever it's ready. Sooraj Barjatya directed Salman Khan in his breakthrough film Maine Pyar Kiya, which has achieved cult status over the years. It was also Sooraj's debut as director. Sooraj Barjatya told mid-day: "I have discussed the primary idea with Salman. It's going to be a family drama, and not an action film. All I can say is that it will have all the necessary ingredients that a Rajshri Production has - emotions, drama and a lot of music. It is going to be my most satisfying film... Whenever I am ready with the script, Salman has assured me that he will be ready too."