Salman Khan Says That He Only Launches 'Deserving Candidates' In Bollywood 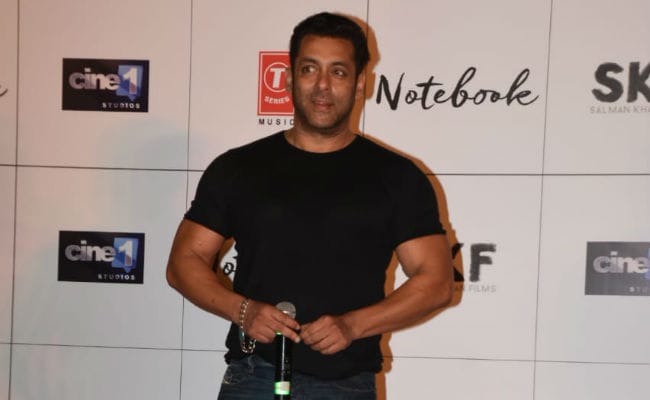 Salman Khan photographed at the trailer launch of Notebook.

Salman Khan, who has quite a bit of a reputation for launching newcomers in Bollywood, says that he only launches "deserving candidates" in the film industry, reports news agency PTI. Salman, who has produced Notebook, interacted with the media at the film's trailer launch on Friday and told PTI: "I launch deserving candidates, not anybody." Salman, who has launched veteran actress Nutan's granddaughter Pranutan and Zaheer Iqbal, said that both the actors worked really hard to be associated with the project. The Bharat actor, who has worked with Pranutan's father Mohnish Bahl in films like Hum Aapke Hain Koun..!, Maine Pyaar Kiya and Hum Saath-Saath Hain among others, said, "Pranutan did a screen test and she is on. She is amazing in the film. She is so good with her lines."

Speaking of giving Notebook actor Zaheer Iqbal his Bollywood break, Salman said that the debutante is really "hard working." "Zaheer was unable to get the right dance step. He rehearsed for five hours and next day he got it right. He is hard working," PTI quoted Salman as saying.

Notebook has been directed by Nitin Kakkar and it has been produced under Salman Khan's production house Salman Khan Films. The film is a love story and it will open in theaters on March 29, this year.