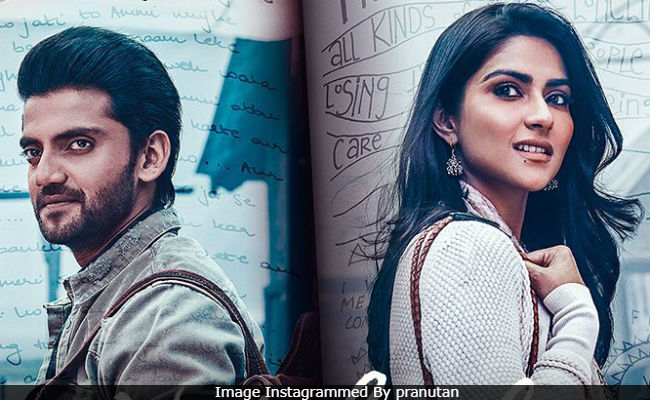 Zaheer Iqbal and Pranutan on a poster of Notebook (Image courtesy: Instagram)

The trailer of Salman Khan-produced Notebook, starring Pranutan Bahl and Zaheer Iqbal, hit the Internet on Friday. Notebook marks Pranutan and Zaheer's debut film. The plot of Notebook, revolves around a small town in Kashmir, where Firdaus (Pranutan), a school teacher, teaches just seven students. She later has to choose marriage over the students and after her exit, Kabir (Zaheer Iqbal) takes over as the teacher of the school. As Kabir bonds with students, he also finds an old notebook of Pranutan and after going through it, he eventually falls in love with her although he has never seen her. As revealed by Pranutan and Zaheer earlier, the seven school students indeed 'complete their Notebook.'

"This March 29th, love will happen with the one you have never met," is how Salman Khan shared the released the trailer of Notebook.

Notebook has been directed by Nitin Kakkar and has been produced under Salman Khan's production house Salman Khan Films.

Of their first film, Zaheer Iqbal earlier told news agency IANS, "It's a romantic love story and it is based in Kashmir. It's a very beautiful, happy and colourful love story" while Pranutan said, "I think it is a very unique love story and I can't wait for the audience to see it."