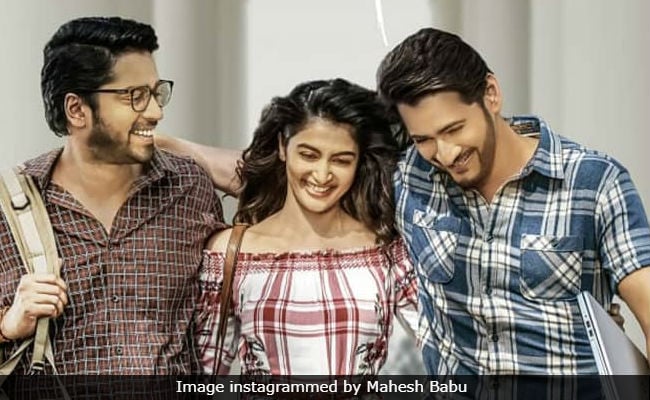 Mahesh Babu and team gave a happy twist to the promotion of the actor's upcoming film Maharshi by releasing the film's teaser after a song from the film. A week after Choti Choti Baatein dropped on social media, Mahesh Babu announced that the film's teaser will release on April 6. The actor shared a new poster from the film, in which he appears facing his back to the camera, stating at the Empire State Building in New York. "See you on April 6th at 9:09 AM," Mahesh Babu wrote. After Choti Choti Baatein, which gave a glimpse of the protagonist's life as a college student, the new poster depicts his life several years later.

Take a look at the new poster of Maharshi:

Earlier, Mahesh Babu had shared a poster of Maharshi, in which he appeared to be a suave entrepreneur. The poster depicted, Mahehs Babu, suited up, walking with his team of bodyguards in New York in heavy rain.

Here's the poster of Maharshi:

Maharshi has been exhaustively shot in the US. Mahesh Babu filmed for months in the Big Apple where his wife Namrata Shirodkar and children Gautham and Sitara, also accompanied him.

Maharshi also stars Allari Naresh and Pooja Hegde in pivotal roles - both the actors appeared with Mahesh Babu in the glimpses of the film shown in Choti Choti Baatein. Maharshi is directed by Vamshi Paidipally and it will open in cinemas on May 9, a day before the release of Bollywood film Student Of The year 2.