"Looks Like You Forgot The Rest Of Us," Prachi Desai Tweets To Ajay Devgn After Bol Bachchan Post 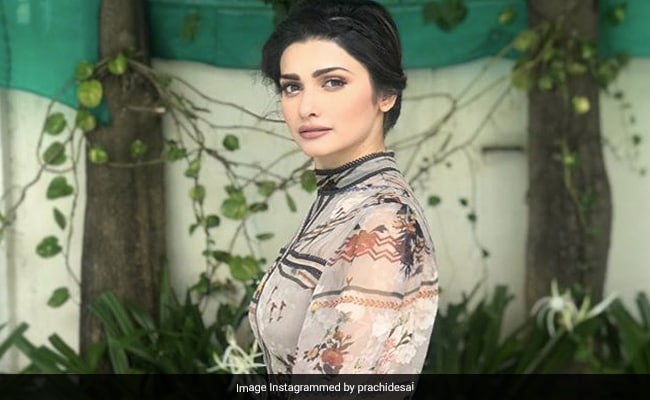 As Bol Bachchan clocked 8 years on Monday, Ajay Devgn, who starred in the film and also produced it, shared a few pictures from the sets of the film along with co-star Abhishek Bachchan, Rohit Shetty (who directed the film) and Amitabh Bachchan (who made a special appearance in a song). Prachi Desai, one of the lead actresses in the film, who wasn't tagged in the post, reminded Ajay of her and all the other cast members that he forgot to acknowledge in his tweet. Prachi, who starred in Bol Bachchan as Radhika Raghuvanshi - Ajay's sister and Abhishek's love interest - played a significant role in the film. She wrote: "Hey Ajay Devgn, looks like you forgot to mention the rest of us aka Asin, Krushna Abhishek, Archana Puran Singh, Asrani ji, Neeraj Vohra ji, Jeetu Verma, yours truly and everyone involved in making this baller of a film."

Hey @ajaydevgn looks like you forgot to mention the rest of us aka #Asin@Krushna_KAS@apshaha#Asrani ji #NeerajVohra ji #JeetuVerma , yours truly & everyone involved in making this baller of a film #8YearsOfBolBachchanhttps://t.co/8PpnjnFNad

Bol Bacchan, inspired by Hrishikesh Mukherjee's 1979 comedy Gol Maal, is a 2012 comedy film directed by Rohit Shetty. The film which had an ensemble cast, showcased the story of brother-sister duo Abbas Ali (played by Abhishek) and Sania (played by Asin) who shift to Ranakpur after losing their ancestral property. Trouble sets in when they meet Prithviraj Raghuvanshi (Ajay Devgn) and what follows is a comedy of errors. The film emerged as one of the biggest hits of 2012.

Prachi Desai, who became a household name after featuring in Ekta Kapoor's Kasamh Se, has been a part of films like Rock On!! (which marked her Bollywood debut), Once Upon A Time In Mumbaai, Life Partner, Azhar, I, Me Aur Main, Policegiri and Rock On 2.