"I'm sure there are many more milestones to come," wrote Ajay Devgn 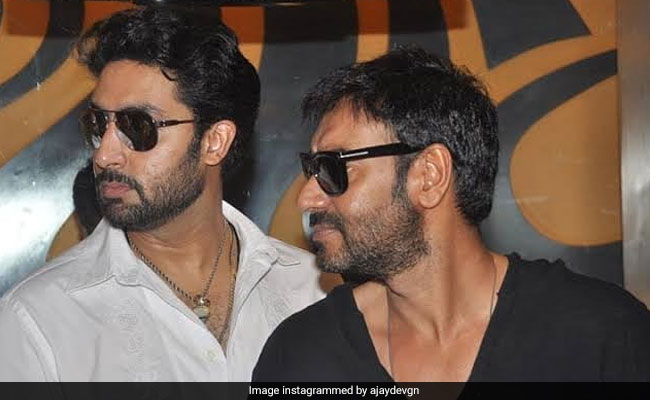 Abhishek Bachchan completed two decades in Bollywood on Tuesday as his debut film Refugee clocked 20 years. A day later, Bollywood actor Ajay Devgn congratulated Abhishek in an Instagram post. Ajay posted a throwback picture with Abhishek, whose upcoming film The Big Bull is being produced by him. In his post, Ajay also congratulated Abhishek on his web debut as the trailer of his show Breathe: Into The Shadows released on Wednesday. "Congratulations on your 20-year-run in cinema. It's been an interesting journey. I'm sure there are many more milestones to come and best wishes on your web-debut in Breathe. Looks promising," wrote Ajay Devgn.

Congratulations Abhishek on your 20-year run in cinema. It's been an interesting journey. I'm sure there are many more milestones to come And, best wishes on your web-debut in Breathe. Looks promising @bachchan

In terms of films, Abhishek Bachchan will next be seen in a movie based on Bob Biswas, which is being produced by Shah Rukh Khan's Red Chillies Entertainment. The actor has also signed Anurag Basu's Ludo and Gulab Jamun, co-starring his wife Aishwarya Rai Bachchan. The 2018 film Manmarziyaan, co-starring Taapsee Pannu and Vicky Kaushal, remains his last release.

Ajay Devgn was last seen in the period drama Tanhaji: The Unsung Warrior. His upcoming projects include Maidaan, Sooryavanshi( in a cameo appearance) and Bhuj: The Pride Of India, which is slated to release on Disney+Hotstar.