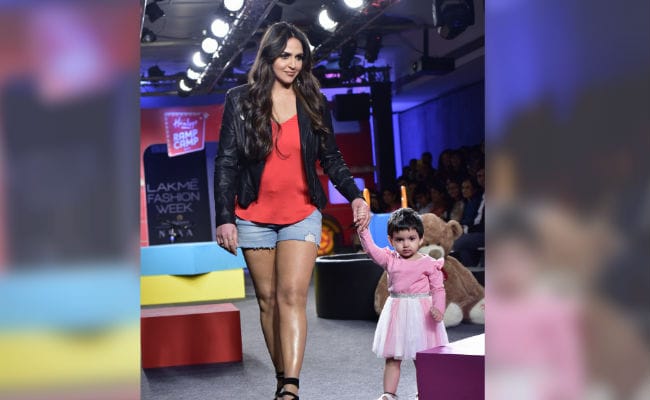 Esha Deol with daughter Radhya at the Lakme Fashion Week.

Actress Esha Deol's toddler daughter Radhya's tryst with runway was super-duper cute, as she walked the ramp for the time for a Hamleys India show on Sunday. On the last day of the Lakme Fashion Week, arguably India's mega fashion event, Radhya walked the ramp for Hamleys along with her mother Esha Deol while her father Bharat Takhtani took the front row. On her Instagram page, Esha shared pictures and a video from Radhya's 'first ramp walk,' for which the little one was dressed in a pink drilled dress. She looked around the crowd and finally asked her mother to pick her up, which Esha did at once. Esha's Instafam is gushing over the adorable pictures and the video. "The best part was when she asked you to hold her... and you did within a second... mom's love," wrote a fan while other comments read, 'adorable' and 'cute.'

Esha Deol wrote, "Radhya's first ramp walk at Lakme Fashion Week for Hamleys India with proud daddy Bharat Takhtani to cheer for us from the audience."

Here are some more pictures from Hamelys India show at the Lakme Fashion Week 2019: 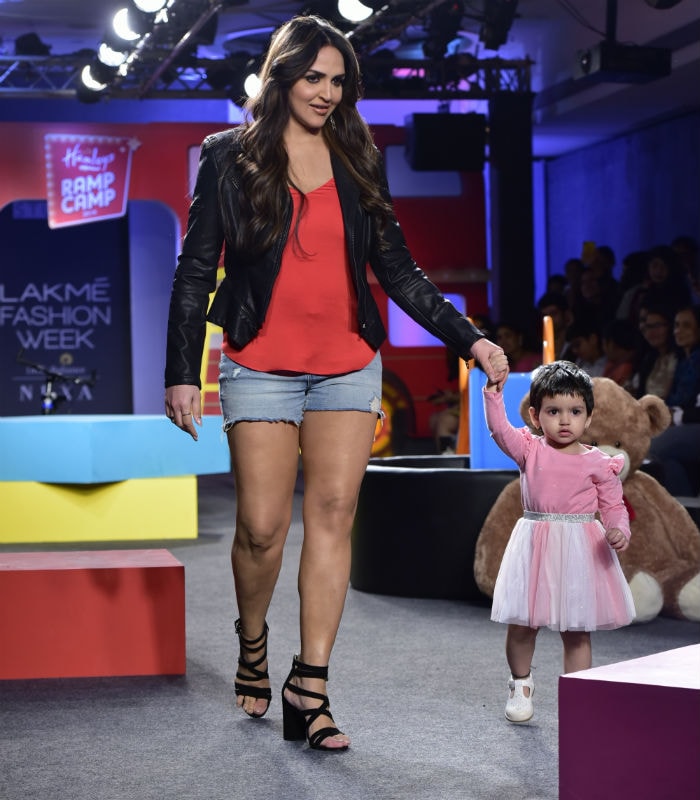 Radhya, almost 2, walked the ramp with her mother Esha Deol. Radhya is the elder of Esha Deol and Bharat Takhtani's two daughters. Their younger daughter Miraya was born in June this year. Radhya will celebrate her second birthday in October this year. Although Radhya frequently features in Esha Deol's Instagram posts, the actress appears to be reserved when it comes to sharing pictures of her two-month-old daughter.

Earlier this year, Esha Deol also shared a picture from Radhya's first dance performance, as a part of a school event, in which Esha, then pregnant with Miraya, was Radhya's plus one. Here's the post:

Esha Deol debuted in Bollywood with 2002 film Koi Mere Dil Se Poochhe and she was last seen in the short film Cakewalk. She is the daughter of actor couple Dharmendra and Hema Malini.