It's A Girl: Esha Deol And Bharat Takhtani Name Their Daughter Miraya

Miraya is Esha Deol and Bharat Takhtani's second daughter after Radhya, who was born in October 2017. 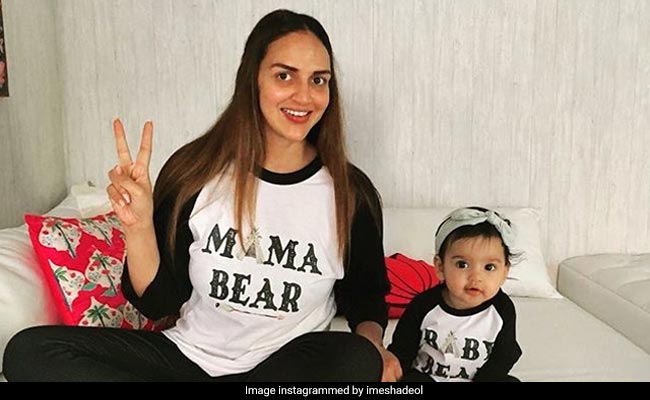 Actress Esha Deol and her husband Bharat Takhtani welcomed a baby girl on Tuesday, whom they've named Miraya. Esha shared the announcement note on her social media page and wrote: "Thank you very much for the love and blessings." Miraya is the couple's second daughter after Radhya, who was born in October 2017. Esha and Bharat shared only glimpses of their daughter Radhya when she was born and they shared a full picture of the toddler a few months before her first birthday. They may follow the same trend for their newborn daughter Miraya.

Now, Radhya frequently features on her parents' respective social media pages. Recently, Esha Deol shared a picture of herself with Radhya from the latter's dance recital at her school. The mother daughter duo were twinning in green sarees.

Esha Deol married businessman Bharat Takhtani in 2012 after which she took a break (of sorts) from films.

Esha is the elder daughter of actor couple Dharmendra and Hema Malini. Her younger sister is Ahana, who is married to Vaibhav Vohra. Esha and Ahana are trained classical dancers while Esha is also an actress. Esha Deol has performed with Hema Malnini in several dance recitals.

She debuted in Bollywood with 2002 film Koi Mere Dil Se Poochhe and she was last seen in the short film Cakewalk. Esha Deol has also starred in films such as Dhoom, Yuva, No Entry and Dus.