'Esha Deol Is The Best Combination Of Her Parents,' Says Cakewalk Director

"When I see her in the monitor, her body language reminds me of young Hema Malini," said Ram Kamal Mukherjee 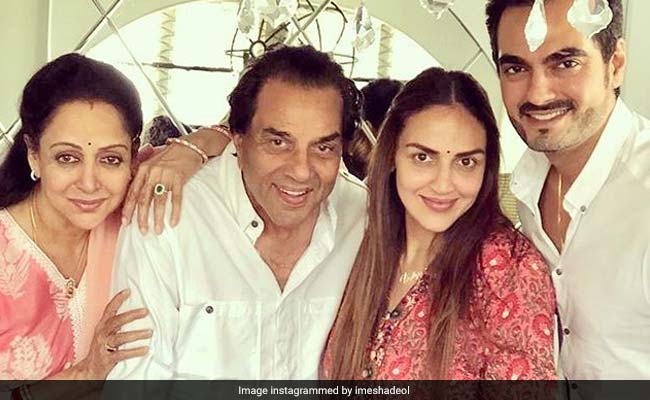 "Esha and Hema Malini are different individuals, but at the end of the day Esha is Hemaji's daughter. When I see her in the monitor, her eyes, her smile, grace in her body language reminds me of young Hema Malini," Ram Kamal Mukherjee told IANS.

"At the same time, she is the daughter of Dharmendraji. That's why she has that strong physique. I would say, Esha is the best combination of both of her parents," he added.

Ram Kamal Mukherjee was happy to work with Esha in the short film Cakewalk.

The story of the film revolves around a Bengali woman, Shilpa, who is passionate about baking and confectionary. However, she goes through a tussle between domestic bliss and pursuing her passion. Esha will be seen playing a Bengali character for the first time. The film was shot in Kolkata. It will have its world TV premiere on Rishtey Cineplex channel on February 17.

Talking about his process of getting authenticity, he said: "I focused on the detailing of many things, including Esha's look as a Bengali bride in the film."