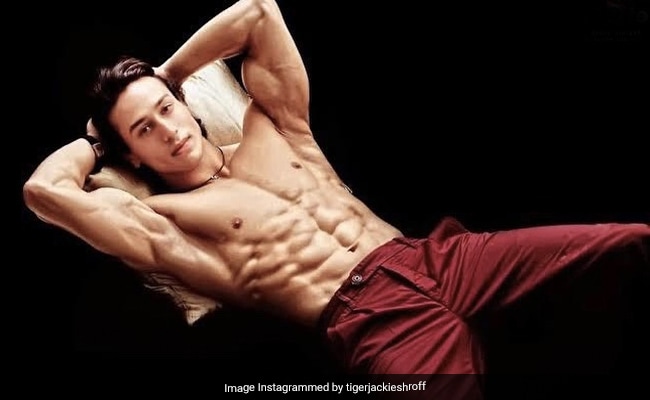 Tiger Shroff, on Tuesday, posted a shirtless throwback picture of himself on his profile and let's just say that is burning up Instagram. The Student Of The Year 2 actor captioned his picture: "Jab daadhi nahi aati thi," adding the hashtag #bachpana. However, what caught more attention than the actor's ab-tastic picture was Anupam Kher's comment on it. The Bollywood veteran, in the comments section of Tiger's post, left a hilarious remark. He wrote: "Haddiyan nikal ayi hain, kuchh khate kyun nahi (your bones are visible. Why don't you eat something)?" 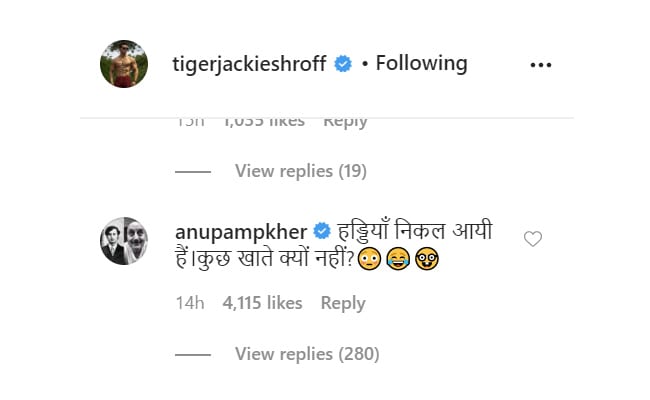 On Tuesday night, Ayesha Shroff posted a super cute picture of her son Tiger and daughter Krishna on Instagram and she captioned it: "Goonda and goondi."

Tiger's last release was Baaghi 3, co-starring Shraddha Kapoor. Last year, Tiger starred in War, alongside Hrithik Roshan and Vaani Kapoor, which performed exceptionally well at the box office. He also starred in the 2019 film Student Of The Year 2, co-starring Ananya Panday and Tara Sutaria. The actor's next project is Heropanti 2.

Tiger Shroff, son of Bollywood actor Jackie Shroff and film producer Ayesha Shroff, made his Bollywood debut in 2014 with the film Heropanti, co-starring Kriti Sanon. He has been a part of the Baaghi series, A Flying Jatt and Munna Michael, among others. He also co-owns the MMA studio brand Matrix Gym.