"When you're dealing with history, it's difficult to cut a lot of things because you've to show facts," said Kriti Sanon 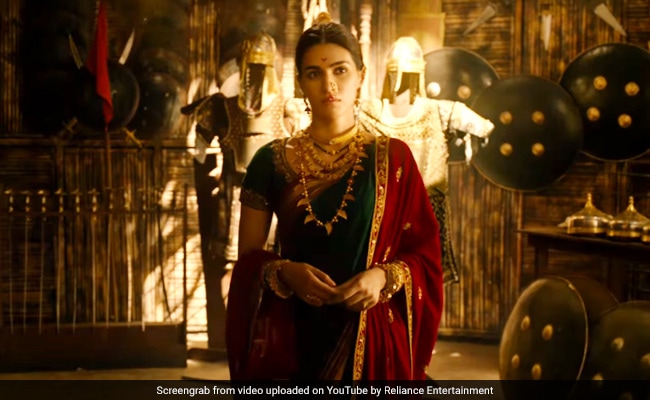 Actor Kriti Sanon says it was nearly impossible for the team of Panipat to trim down its run-time because when one deals with history, it's difficult to cut out events. Directed by Ashutosh Gowariker, Panipat released last Friday. Arjun Kapoor and Kriti Sanon's historical drama has a duration of nearly three hours (2.51 hours).

When pointed out that there's been some criticism with regards to its duration, Kriti told reporters, "When you're dealing with history, it's difficult to cut a lot of things because you've to show facts. When there are a lot of characters, which there were in the Battle Of Panipat, it takes time to establish them."

The actor said a period love story is comparatively easier to trim as the story revolves around just those characters.

"The pace in historical, period films is always slow in the beginning, unless it's a love story, which is easier with just a few characters and life revolving around them. Here, there's so much that's happening. I don't think there was anything which we could've let go, which wasn't important or relevant to the times," the actor said at the red carpet of Star Screen Awards on Sunday.

There were reports that Kriti might feature in Farah Khan's Satte Pe Satta but the actor said, "I'd love to but there''s nothing that I know of, to be very honest."

"The year started with Luka Chuppi, then Housefull 4 and now Panipat is getting such amazing reviews. I've been getting great response for my character and it took me a while to sink it in! Because it was my first historical, I wanted to make sure it's convincing and people don''t see Kriti in it," she added.