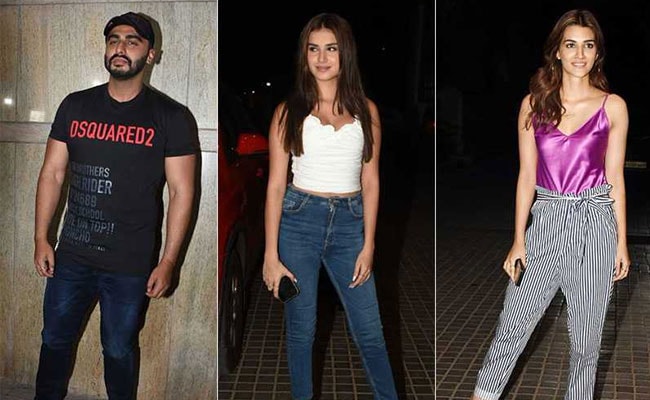 Arjun Kapoor's upcoming film India's Most Wanted is all set to release this Friday. The film is already receiving amazing reviews from actors such as Abhishek Bachchan, Taapsee Pannu and Anupam Kher, who watched the film before its theatrical release. Arjun Kapoor and the makers of the film are hosting several special screenings of the film for their Bollywood counterparts and in the latest screening on Tuesday evening, a number of celebrities made their presence felt. Among the guests were Student Of The Year 2 star Tara Sutaria, Kriti Sanon, Neha Dhupia and husband Angad Bedi, Chunky Panday, Siddhant Chaturvedi, Dino Morea and Punit Malhotra.

Check out the photos from the special screening of India's Most Wanted: 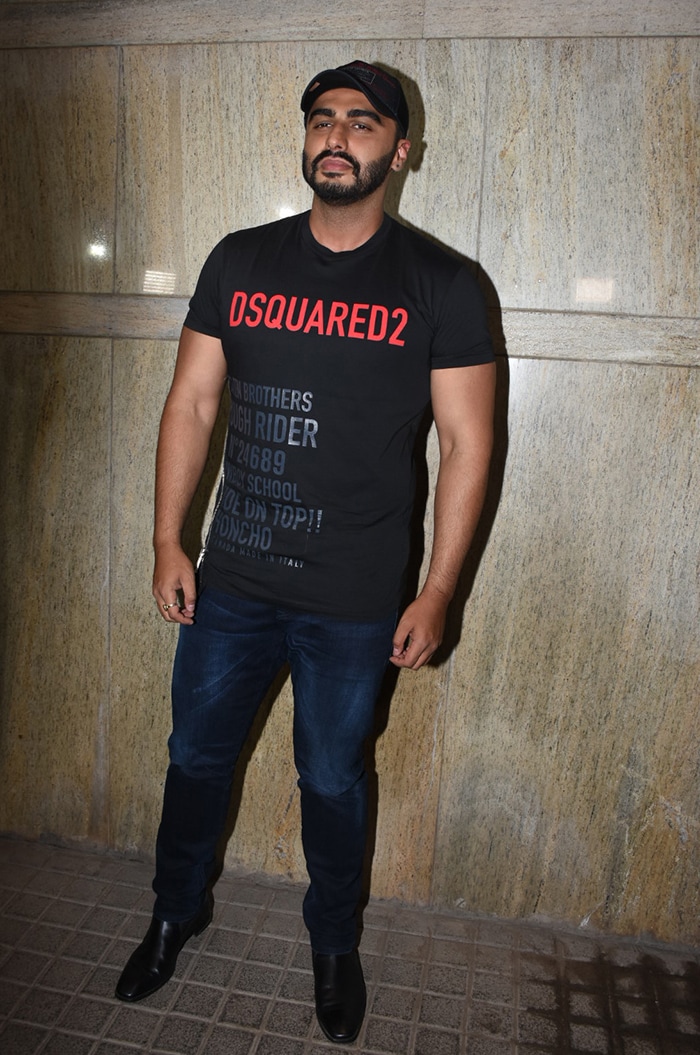 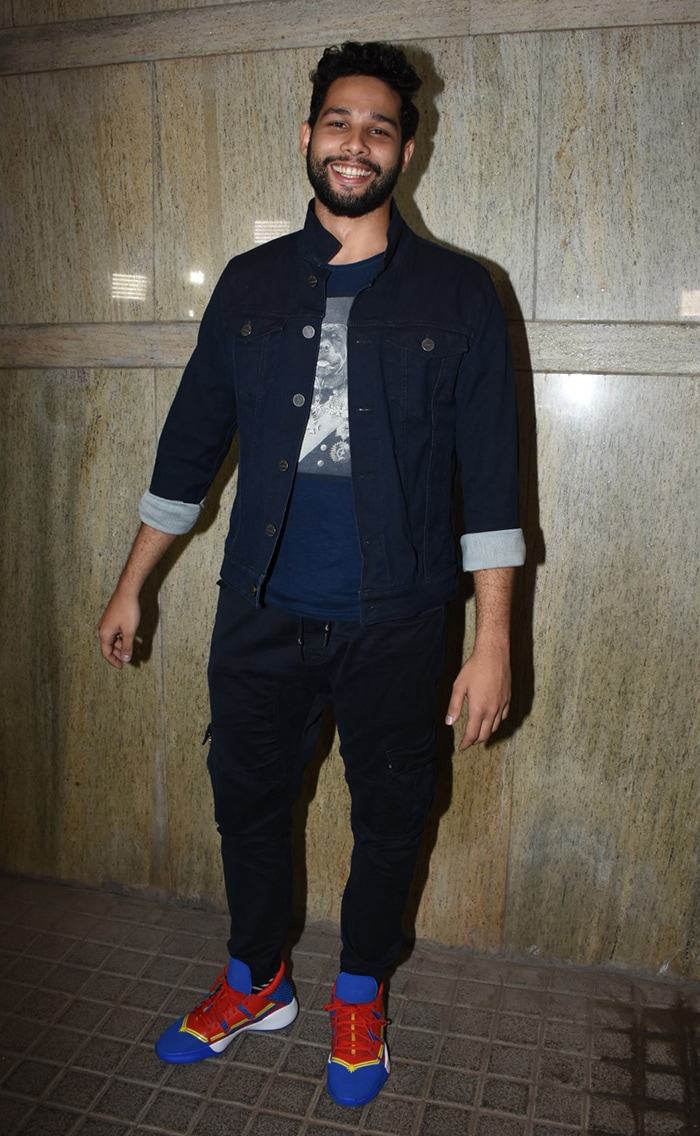 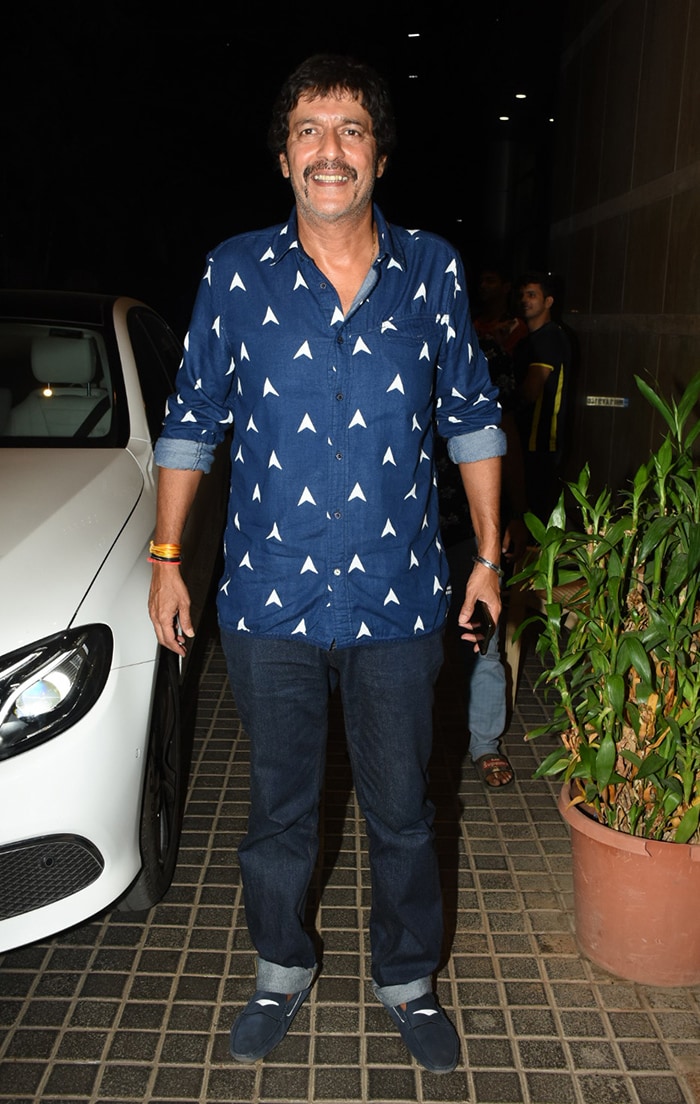 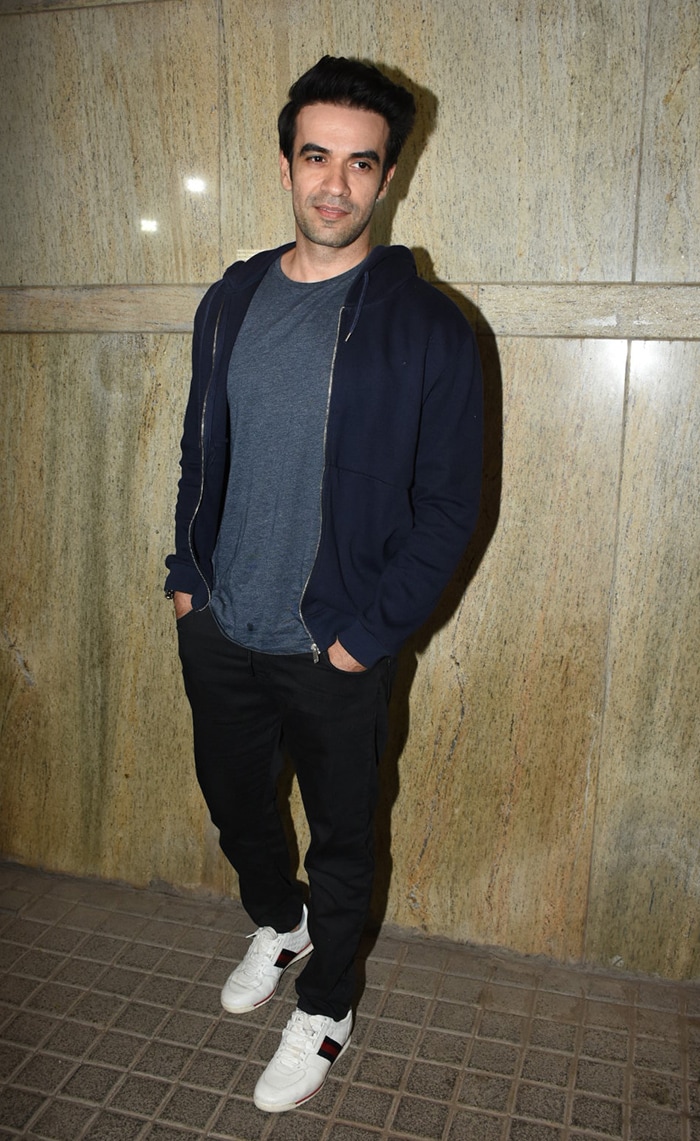 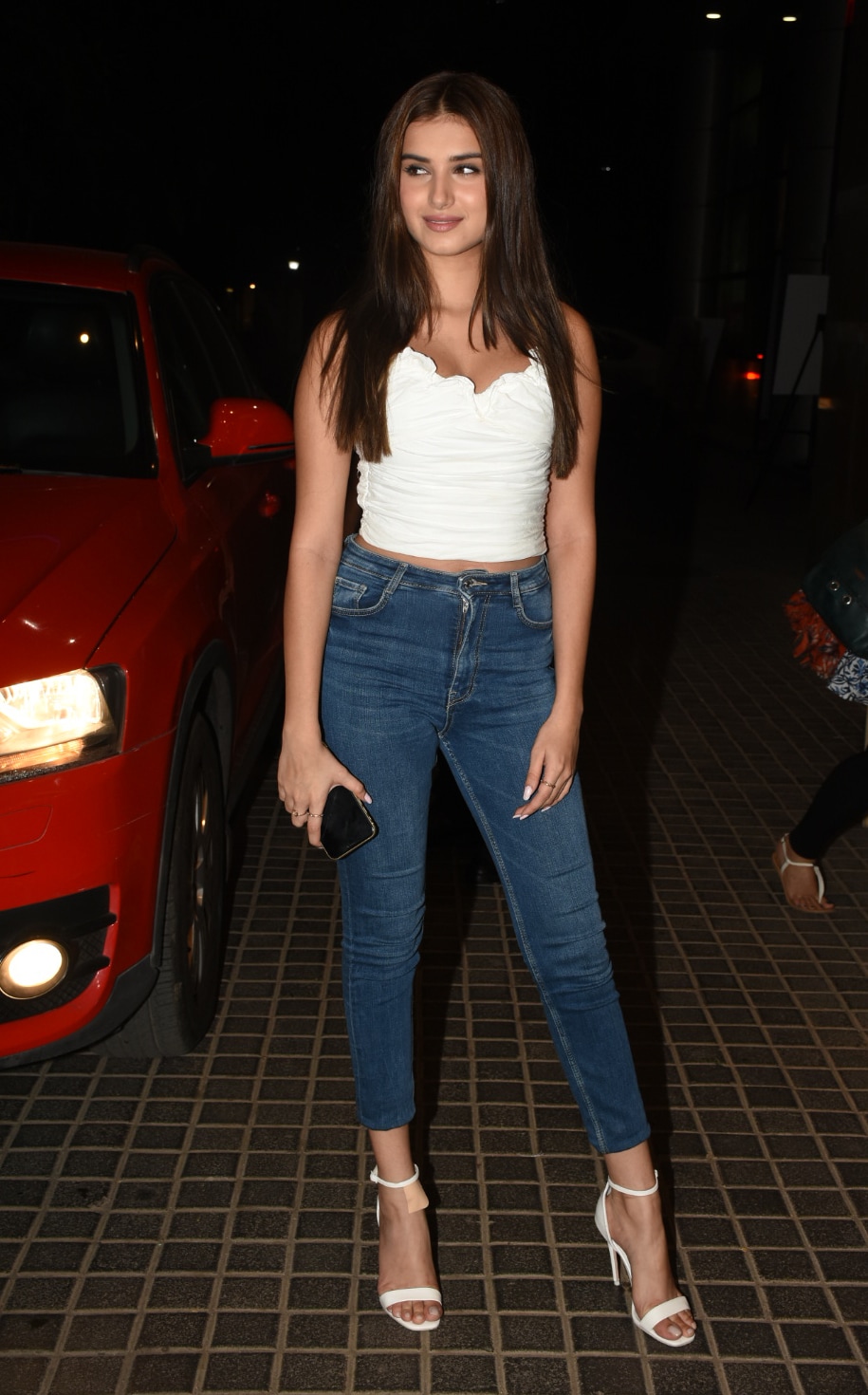 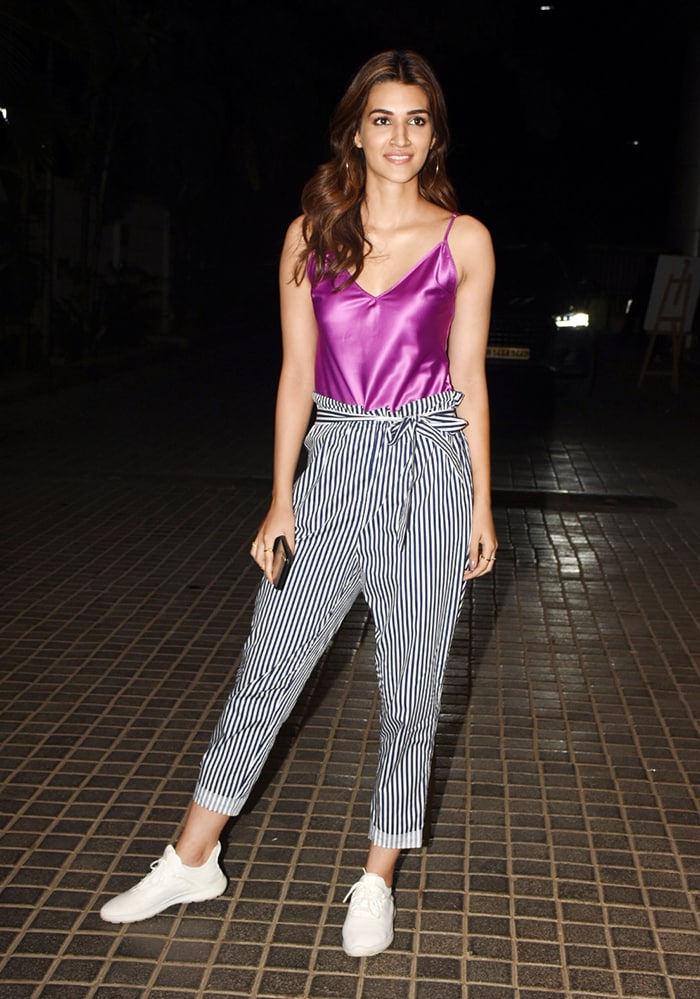 Neha Dhupia arrived at the film screening with Angad Bedi. The couple were all smiles as they posed for the shutterbugs. 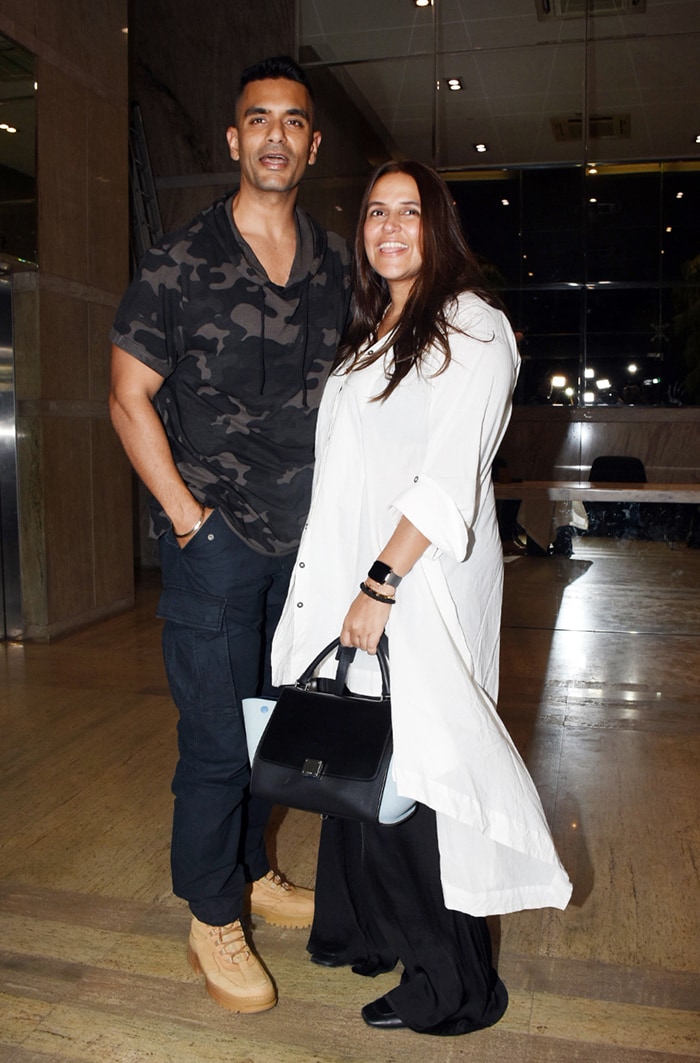 Meanwhile, those who earlier enjoyed the screening of India's Most Wanted, shared their reviews on social media. Take a look:

Just watched #IndiasMostWanted. Loved the film based on true events. Everybody is excellent. Happy that theatre actors are getting such meaty roles. And @arjunk26 is the star performer. He is restrained, held back and greatly affective.:) pic.twitter.com/XpoBS5fN54

India 's most wanted is a very engaging film about the incident and the heroic we must discover and respect.full marks to the team @rajkumar_rkg and @arjunk26 for putting it all together with loads of conviction.

True stories are always so heartening to watch
Good luck @rajkumar_rkg sir, @arjunk26 and the entire team of #IndiasMostWanted for a successful release ahead !

Really enjoyed watching #IndiasMostWanted. Taut, edge-of-your-seat and very engaging. Just as a thriller should be. @arjunk26 you were simmering. So nice to see films being made on our unsung heroes too. Well done Rajkumar and the entire cast and crew. Good luck at the movies.

In India's Most Wanted, Arjun Kapoor plays the role of an intelligence officer, who is working on a mission to capture the country's most wanted criminal with the help of his team. Though the makers have kept the name of the terrorist under wraps, it is reported that the criminal in the film is dubbed as "India's Osama." Other than Arjun Kapoor, the film also stars Rajesh Sharma, Prashanth, Shantilal Mukherjee and Amrita Puri in important roles.

India's Most Wanted is directed by Rajkumar Gupta, who is famous for his work in Aamir, No One Killed Jessica as well as Raid, and is co-produced by him, Myra Karn and Fox Star Studios. The film will open in theatres on May 24.