India's Most Wanted trailer: It is the story of an intelligence officer named Prabhat, who carry on a search for India's most wanted criminal 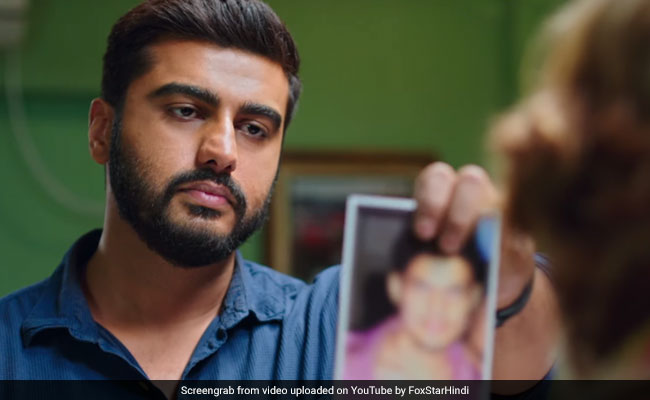 Arjun Kpaoor shared the trailer of his much awaited film India's Most Wanted on Thursday and wrote: "Super proud to be a part of this story of five unsung heroes who went on the manhunt for India's Osama." India's Most Wanted is the story of an intelligence officer named Prabhat and his core group of four men, who carry on a 5-day search for India's most wanted criminal. The trailer begins with disturbing glimpses of blasts destroying lives across cities in India and then shifts to Arjun Kapoor aka Prabhat volunteering to nab the criminal, who is only described as: "India's Osama."

The antagonist of India's Most Wanted manages to conceal his identity in the trailer but his presence is felt through the length of the two-and-a-half minute video. While India gets scarred with as many as 52 blasts, Prabhat and his team are sent on the covert mission without any additional support and that's what prompted Arjun Kapoor to "play one of the many unsung heroes we have in our country."

Watch the trailer of India's Most Wanted here:

Meanwhile, Arjun Kapoor got the biggest shout out from his huge fan - also his uncle - Anil Kapoor. "Men on a mission! Arjun, I have no doubt that your latest mission will be as successful as the others you have undertaken! So proud of you Chachu," he wrote. You do know that Arjun and Anil Kapoor call each other "chachu"?

Men on a mission! @arjunk26, I have no doubt that your latest mission will be as successful as the others you have undertaken! So proud of you Chachu! #IndiasMostWantedTrailerhttps://t.co/B11CWtXwnm@arjunk26@rajkumar_rkg@foxstarhindi@raapchik_films@saregamaglobal#IMW

Directed by Raj Kumar Gupta, India's Most Wanted is all set to hit screens on May 24.