"The poster was literally too cool to ruin with text and emojis,' wrote Janhvi Kapoor 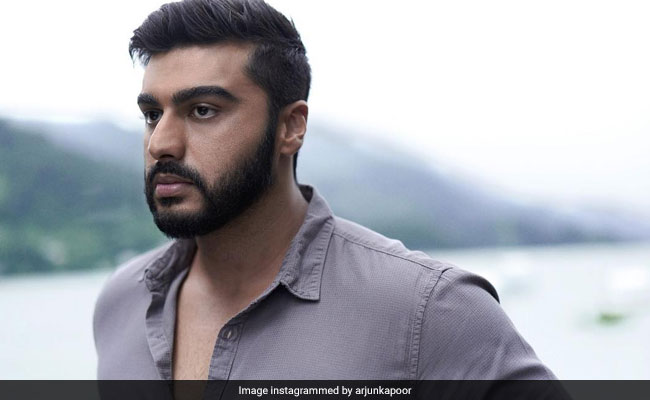 Arjun Kapoor on the sets of India's Most Wanted. (Image courtesy: arjunkapoor)

The first poster of Arjun Kapoor's forthcoming film India's Most Wanted was shared on social media on Monday and it went insanely viral (but more about that later). The poster garnered a lot of praise from the actor's fans, friends and colleagues but the reactions of his family members were priceless. Arjun got a shout out from his uncle Anil Kapoor, sisters Janhvi Kapoor and Anshula Kapoor. Anil Kapoor, who lovingly refers to Arjun as "Chachu," tweeted: "All the best Chachu! Waiting for the teaser." Janhvi Kapoor shared the poster of India's Most Wanted on her Instagram story and wrote: "The poster was literally too cool to ruin with text and emojis. So excited for this one." Anshula described the poster as "extra special" in her Instagram post. 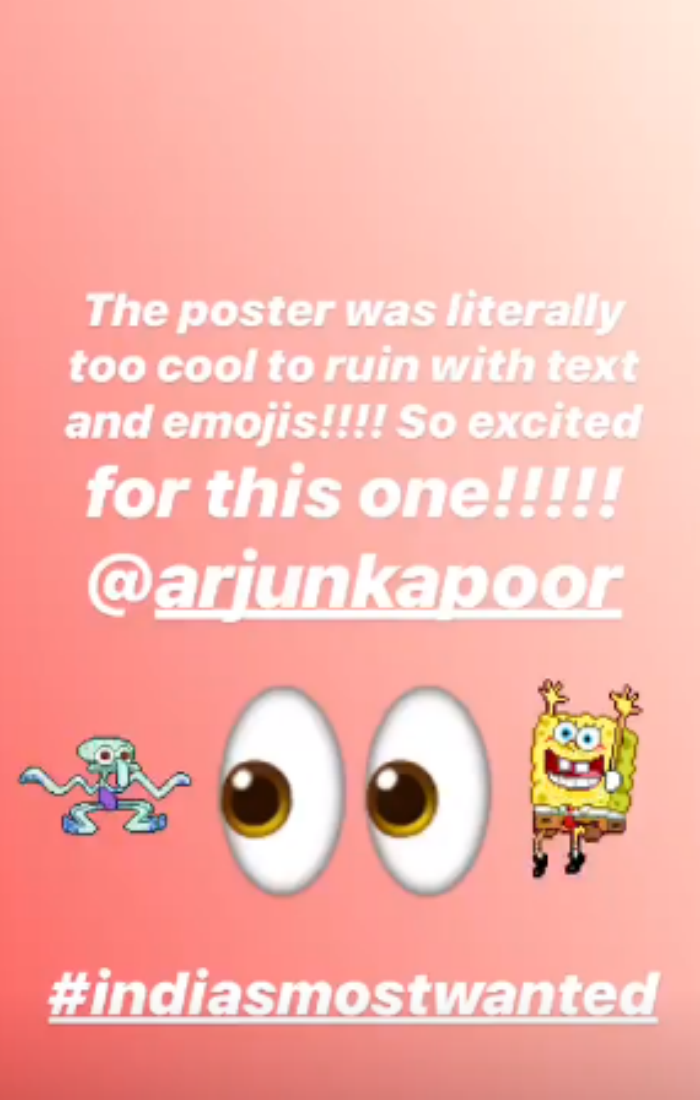 Besides members of the Kapoor family, several Bollywood stars also gave a big thumbs up to the poster, featuring Arjun Kapoor. Parineeti Chopra, who has co-starred with him in films like Ishaqzaade and Namaste England, shared a cheeky tweet. She wrote: "I'll be watching all the scenes in which you are not there. Thanks and regards- Parineeti."

I'll be watching all the scenes in which you are not there. Thanks and regards @arjunk26https://t.co/anel76XUpd

Arjun Kapoor shared the film's poster on Monday and wrote: "I am proud to present to all of you India's Most Wanted, an unbelievable story inspired by true events. Teaser out tomorrow." Check out the post here:

I am proud to present to all of you #IndiasMostWanted, an unbelievable story inspired by true events. Teaser out tomorrow. @rajkumargupta08 @foxstarhindi #RaapchikFilms #IMW