Sidharth Malhotra spoke about the impact of Shershaah on his career 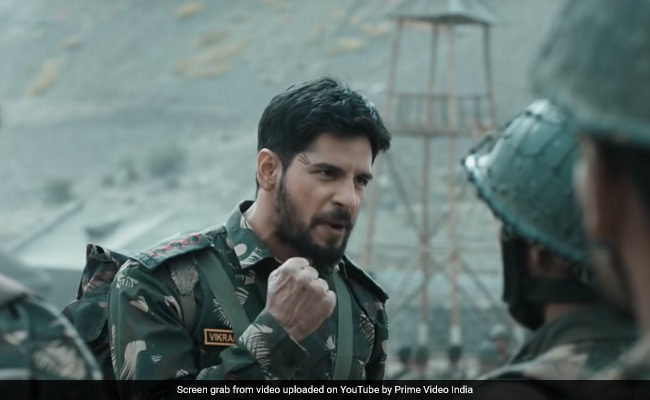 Sidharth Malhotra and Vicky Kaushal left one and all entertained with their appearance on the latest episode of Koffee With Karan. The two stars are the toast of the town given their recent professional and personal milestones, much of which they discussed on the show with host Karan Johar. While addressing the fickle and challenging nature of the entertainment industry, Karan Johar asked Sidharth about the impact of a film like Shershaah that was loved by critics and fans alike. Karan Johar pointed out that while Sidharth has always been considered the perfect Bollywood hero material, he was also often termed as someone “yet to prove his mettle as an artist.”

“But when Shershaah came, many of those people were silenced because your performance spoke for itself,” Karan Johar added, asking how he felt through the journey.

Acknowledging the ups and downs, Sidharth Malhotra said that Shershaah was a “blessing”. “Success also solves everything,” he said, adding, “Shershaah comes as a blessing where people see a character beyond their looks.”

Speaking about the success of the film, Karan Johar added that Sidharth Malhotra now seems more “relaxed” and “more Zen than you ever were.”

To this, Sidharth Malhotra said, “In Shershaah, from the beginning, I was involved in the journey. I was emotionally involved…We had a great director, a great cast and a producer…I mean Shershaah had to work. It came to a stage where I had put in so much time and effort.” He added that the success of the film has given him a sense of validation. “And, it gives me a sense that I have a sense of what this business is all about,” adding that no one can tell you how to be successful in Bollywood.

Watch the promo of the episode here:

Shershaah is based on the life of Kargil War hero Vikram Batra. The film features Sidharth Malhotra in the lead role opposite Kiara Advani. It has been directed by Vishnuvardhan.