Karan Johar teased fans with the new season of his popular chat show Koffee With Karan on social media over the weekend and of course, no one can keep calm. Karan Johar, who is an expert at casting coups (remember Takht?), is expected to pull out some big surprises from his hat for the sixth season. But we have a wish list of our own because the Koffee couch is where the celebs are as unreserved as they can be. We loved how Aamir Khan opened up about his wife Kiran Rao in season 4 and we got to know more about Mira Rajput when she turned up with her husband Shahid Kapoor in season 5.

There are several celebrity love stories which fans want to know better. Yes, we're talking about Priyanka Chopra and Nick Jonas, who are the talk of the town after their roka and engagement party over the weekend. Similarly, we want to see couples such as Anushka Sharma and Virat Kohli, Sonam Kapoor and Anand Ahuja and rumoured couples such as Alia Bhatt and Ranbir Kapoor and Ranveer Singh and Deepika Padukone on the Koffee couch.

As Karan Johar prepares his guest list for the new season, we have some suggestions:

#1 Priyanka Chopra - Nick Jonas: Everybody wants to know the 'how and when' details of Priyanka Chopra and Nick Jonas' relationship. Priyanka refused to share the details with the media saying that this part of her life was not for "public consumption" but we hope she makes an exception for Karan Johar and in the process, for everyone who watches the show.

#2 Anushka Sharma - Virat Kohli: There were reports of Anushka and Virat appearing on the show in the last season (which ended soon after they got married) and we think it's about time that we see them seated on the Koffee couch. Karan directed Anushka in Ae Dil Hai Mushkil and we hope to see the couple on the show soon.

#3 Sonam Kapoor - Anand Ahuja : Sonam and Anand's love story unfolded on social media in hurry and fans of the couple are just waiting to know more about them. Sonam and Anand got married in May this year and there's much curiosity about the new addition in the Kapoor family. Karan Johar, who was on the core committee of Sonam's wedding functions, might just be able to book a date in Sonam and Anand's busy work diaries.

#4 Deepika Padukone - Ranveer Singh: Deepika and Ranveer are making all efforts to keep the talks about their rumoured wedding off the discussion board. Therefore, bringing these together (or may be even separately) might just be a task even for the mighty Karan Johar. Nevertheless, fingers crossed. 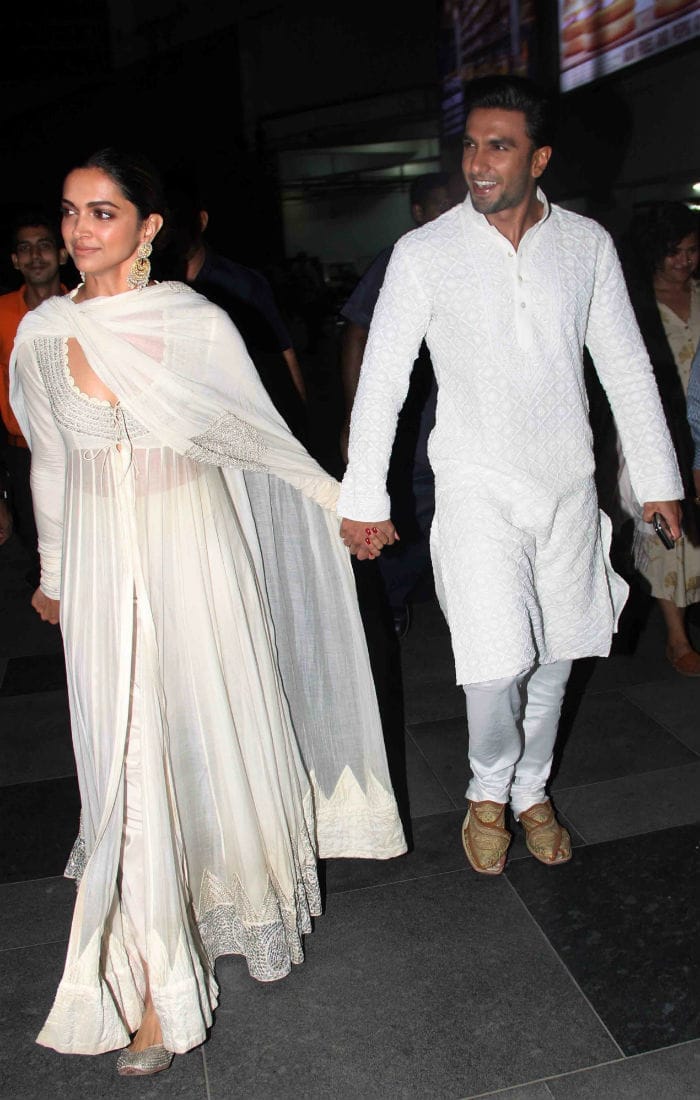 #5 Ranbir Kapoor - Alia Bhatt: This one should be easy for KJo, who is producing Brahmastra starring Alia and Ranbir. Reports of Alia Bhatt dating Ranbir Kapoor spread like wildfire after they arrived at Sonam Kapoor's reception together. On more than one occasions, Alia and Ranbir have addressed the rumours but with utmost diplomacy (actually, Ranbir not so much). However, one can hope that either one of them lets something slip on Koffee With Karan (if you've watched the show, you know it's easily done) which can take away the 'rumoured' tag.

#6 Preity Zinta - Gene Goodenough: Preity Zinta is all set for her Bollywood comeback with Bhaiyyaji Superhitt and we all know that Koffee With Karan is one of the best platforms to promote a project. Add a bit of personal touch to it and it is 'Goodenough' for everyone.

Want to see any other couples on the show? Tell us in comments.