Anushka Sharma And Virat Kohli End Every Sunday (More Or Less) With Loved-Up Pics. Here's Another One 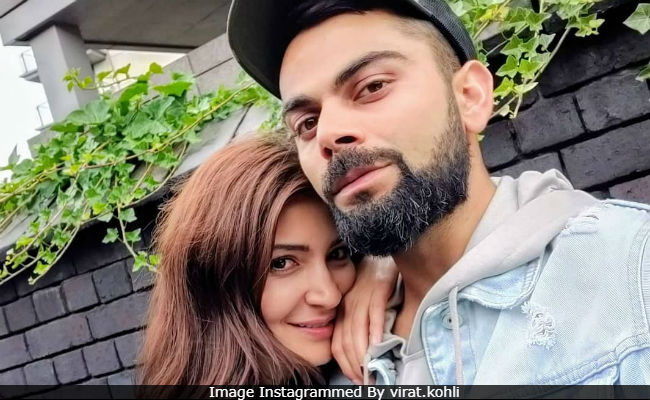 Virat Kohli and Anushka Sharma are enjoying their time together before the cricketer gets busy with the upcoming Test matches against England. Yet again, on Sunday evening, the couple treated their fans to a million dollar picture, this time shared by Virat Kohli. "Just being able to walk around feels like the most joyous thing in the world," read Virat's caption for their picture. Of course, the post is viral (we are not surprised). 1 million likes and very much counting. "Couple goals. I'm in love with them" and "they are just perfect" are some of the several comments posted.

Just being able to walk around feels like the most joyous thing in the world.

Last week, Virat Kohli shared a picture from his dinner date with Anushka. "Meal with the bestest," he wrote, adding some heart emoticons.

Meal with the bestest!

Here are some of the other pictures shared by Virat from Engaland, which sent the Internet into a meltdown.

Day out with my beauty!

Anushka had also made an entry to the album. Take a look:

While in England, Anushka and Virat also spent some time with cricketer Shikhar Dhawan and his family.

Just strolling around the street with these two strangers

Anushka also cheered for the Men in Blue with Sakshi Dhoni, Ziva and other during the ODI series.

Anushka Sharma and Virat Kohli had a destination wedding in December last year. They married in a close-knit ceremony in Italy, attended just by their respective families and close friends. Back home, they hosted two wedding receptions.

Before taking off to London, Anushka completed her shooting schedule for Zero, also starring Shah Rukh Khan and Katrina Kaif. Sui Dhaaga with Varun Dhawan is her upcoming film.