Varun Dhawan and Anushka Sharma will be seen portraying the roles of a tailor and an embroiderer, respectively 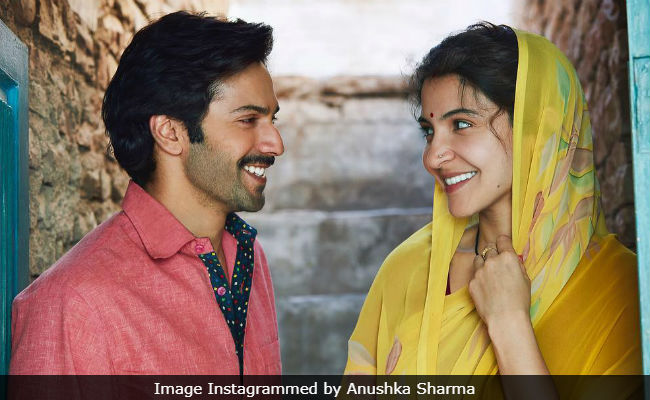 Anushka Sharma and Varun Dhawan gave their fans a reminder about their forthcoming film Sui Dhaaga's release date in "Mamta and Mauji" style (the name of the characters they play in the film). Both the actors shared a new picture from the sets of the film on their respective social media accounts and wrote: "Meet Mamta and Mauji on September 28 at theaters near you." They also used the hashtag "#MadeInIndia." Anushka, who plays Varun Dhawan's onscreen wife in Sui Dhaaga, can be seen dressed in a printed yellow saree as she lovingly looks at Varun. This is the first time that Varun will be sharing screen space with Anushka.

Sui Dhaaga trended big time after several pictures from the sets of the film surfaced on social media, earlier this year. Remember the viral picture of Varun riding a cycle and Anushka on the pillion? Or the one where the duo were seen enjoying a treat. Take a look at some of the viral pictures here:

Anushka and Varun will be seen playing the roles of a tailor and an embroiderer in the film, respectively. Talking about his character in the film, Varun told news agency IANS that Mauji draws inspiration from Suppandi (a character who appeared in the Tinkle comics.)

Sui Dhaaga went on floors earlier this year. The film is based on the theme of "Made in India" and it is set against the backdrop of small town India. The film has been shot across several locations including Chanderi (Madhya Pradesh), Delhi and Mumbai.