When 'Risky' Films Like Sui Dhaaga Do Well, Anushka Sharma Feels Her Choices Are Validated

"I always believed that this film would reach the masses. I feel glad that the collaborative effort of Varun and me has worked," said Anushka 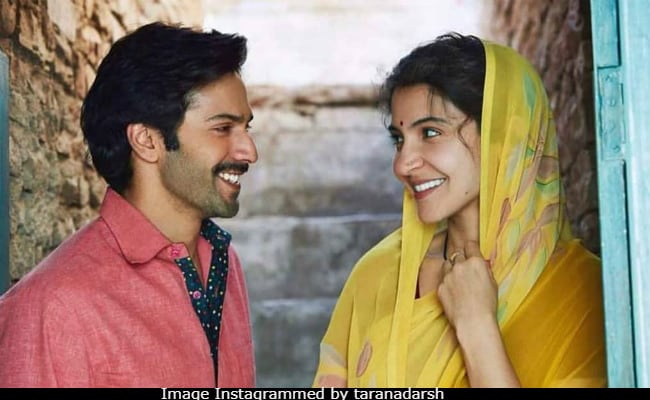 Anushka Sharma in a still from Sui Dhaaga (courtesy taranadarsh)

Sui Dhaaga has raced its way to almost Rs 60 crore at the box office during its six-day tenure at the box office and the film's leading actress, Anushka Sharma, is very, very happy - not just for the numbers but also for the warm response. "I am very happy that the film has not only set the registers ringing but also received a lot of love from people, and that is paramount for us. I always believed that this film would reach the masses... I feel glad that the collaborative effort of Varun and me has worked for the film and we have been a part of a successful film like Sui Dhaaga," IANS quoted Anushka Sharma as saying. Anushka co-stars with Varun Dhawan in the Sharat Katariya-directed movie.

The 30-year-old actress added the role of Mamta - a simple village housewife, who encourages her husband to set up their own establishment - has been well received by audiences, in turn, encouraging her to take up diverse roles in her upcoming projects: "I feel when I do diverse work like this or I do the so called 'risky' roles like these and when they do well, I feel a sense of validation for the choices that I have made. When the film is successful and my role and work gets appreciated, I get a validation from the audience that I am making the right choices and I should continue to do so."

Anushka added that she would have been affected had Sui Dhaaga not been welcomed positively by cine-goers. "I would have been really hurt and confused if a film like Sui Dhaaga or my role in the film hadn't got the appreciation that it has as somewhere I believe that if I play a character like Mamta who is so different to who I am as a person and literally who is at the opposite end of the spectrum to who I am, and if this role had not been received by the audience even though I wanted it to, I would have been really upset," said Anushka.

"Like I have transformed on-screen... One could not see any traces of Anushka Sharma in Mamta. For any actor, that's the biggest compliment and I hope they will continue to appreciate the diverse work that I am going to do in my career here onwards," the actress added.

Sui Dhaaga is the story of a young village couple, who fight against all odds to set up their own fabric label amidst stiff competition. The film has collected Rs 59.15 crore at the box office so far and counting.