Anushka Sharma said, "I believe every individual will connect with this film because we all have experienced struggle in our lives" 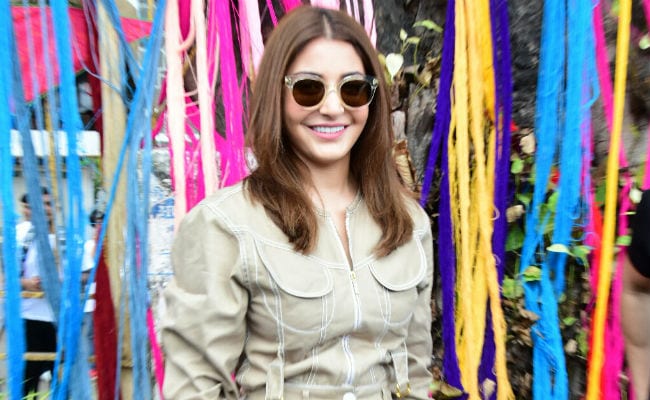 Anushka Sharma at an event in Mumbai

Actress Anushka Sharma, who co-stars with Varun Dhawan in Sui Dhaaga, explained to news agency IANS that their forthcoming is a family entertainer. Sui Dhaaga tracks the success story of Mamta (Anushka Sharma) and Mauji (Varun Dhawan), a married couple, who make a name for themselves through their struggle and talent. "I believe every individual will connect with this film because we all have experienced struggle in our lives. People will also relate with each character of the film, be it parents, husband or wife in the film. I think this film is a full on family entertainer. It's very emotional yet funny film and along with that we have tried to give strong message through the film," Anushka told IANS at the sidelines of an event.

Sui Dhaaga's plot is inspired by Mahatma Gandhi's philosophy and on the ideology of Make In India campaign.

Talking about subject of the film, Anushka said, "Our country has produced amazing entrepreneurs over the years. I think start-up and entrepreneurship is big deal over here and we have celebrated that in the film. Our characters in this film didn't have the opportunities but they had lot of talent and the kind of struggle our characters go through to achieve their goal is truly an inspiring story."

Sui Dhaaga is set in a small town in Uttar Pradesh. Mauji, who works as a salesman, leaves his job after being humiliated. However, with wife Mamta's support, he starts working as a tailor and becomes self-employed. Sui Dhaaga basically is a story about getting respect through self-reliance.