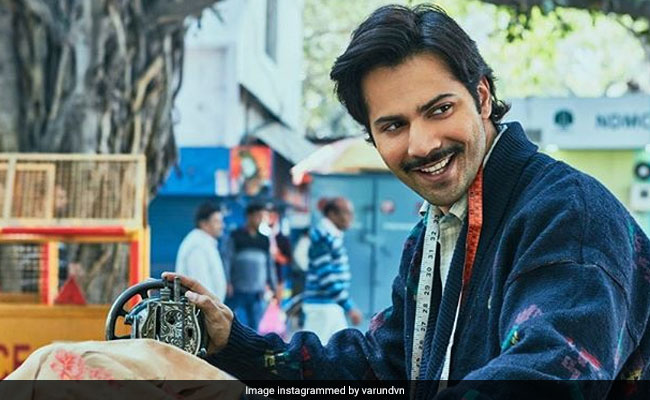 Varun Dhawan, who is gearing for the release of his upcoming film Sui Dhaaga, shared a video, where he takes us through the workshop sessions he attended to perfect his sewing skills. Varun, who plays a tailor in the film, took three months of training for playing the "real masterji". The 31-year-old actor shared the video on Instagram and wrote: "Three months of training, learning and becoming Mauji! Thanks to Darshan (the costume designer) and Noor bhai (the tailor on the sets), I can finally say I now know how to stitch." The video was also shared by Anushka Sharma, who is also part of the film. The promotional video has over five lakh views and the comment section features comments from Arjun Kapoor and Kiara Advani.

3 months of training, learning and becoming Mauji! Thanks to darshan and Noor bhai, I can finally say I now know how to stitch :D #SuiDhaagaMadeInIndia

In an interview to news agency IANS, Varun Dhawan talked about his learning experience. "I knew that I had a task at hand. I knew I had to master the art to convince people that I am a real 'masterji'. Darshan and Noor bhai helped me a lot and I gave it three months to learn this skill," Varun said in a statement.

"It took me three months. Sometimes two hours and sometimes four hours in each tailoring class to get the confidence that I could pull this off in front of camera," added the Judwa 2 actor.

Sui Dhaaga depicts the inspiring story of Mauji and his wife Mamta (the name of Varun and Anushka's characters). Sui Dhaaga is about the couple's fight for respect and their struggle of being self-employed from unemployed.

Directed by Sharat Katariya, Sui Dhaaga will hit the screens on September