Alia Bhatt On Rumoured Wedding With Ranbir Kapoor: "I Don't React To Rumours"

Alia Bhatt said: "I am fine because if you are not talking about me then maybe I am not relevant enough" 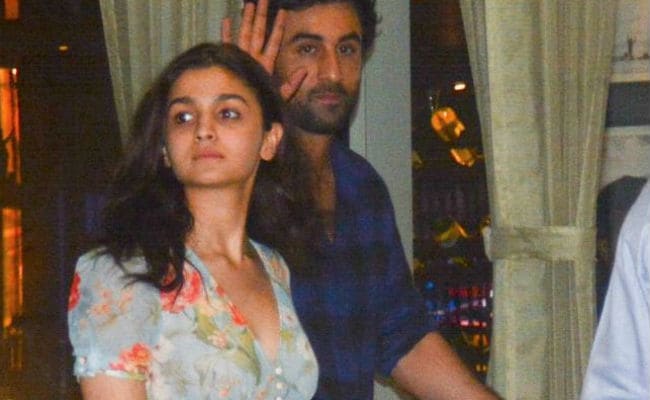 Actress Alia Bhatt doesn't "react to rumours" and she's not about to change this rule for the rumours about her impending wedding with Ranbir Kapoor, reports of which occupied a large chunk of several gossip columns recently. On Monday, at an event in Mumbai, the 25-year-old actress was about the rumours of her wedding, to which she said: "Rumours are not meant to be reacted upon. As long as you aren't entering my bathroom, I am fine because if you are not talking about me then maybe I am not relevant enough. But honestly, I am in a very good place both personally and professionally so no issues whatsoever," reports PTI. Alia Bhatt is reportedly dating Ranbir Kapoor, with whom she's currently filming Brahmastra.

"When you're an actor, your job is to act. When you're in front of the camera, it doesn't matter who you are dating, not dating, whether you're tall or short or fat or unhappy or very happy. Sometimes, there have been days when I've been very upset but I had to dance around and feel very excited. So that's the process of being an actor," PTI quoted Alia Bhatt as saying.

Recently, when Ranbir Kapoor was asked to describe his relationship with Alia Bhatt, Ranbir Kapoor told GQ: "It's really new right now, and I don't want to over speak... It needs time to breathe and it needs space."

Alia Bhatt and Ranbir Kapoor first featured in headlines as a couple after they arrived at Sonam Kapoor and Anand Ahuja's reception together. After that Alia was spotted with Ranbir and his family members several times, which backed the Internet's suspicion about their relationship status. Alia, Neetu Kapoor and Riddhima Kapoor Sahni frequently comment and like each other's posts on social media and this affability is one of the reasons why the social media is sure that Alia Bhatt is dating Ranbir Kapoor.