Alia Bhatt On Rumoured Tiff With Katrina Kaif: 'No Stress, Been Very Fond Of Her'

Alia Bhatt is rumoured to in a relationship with Ranbir Kapoor, whom Katrina Kaif previously dated 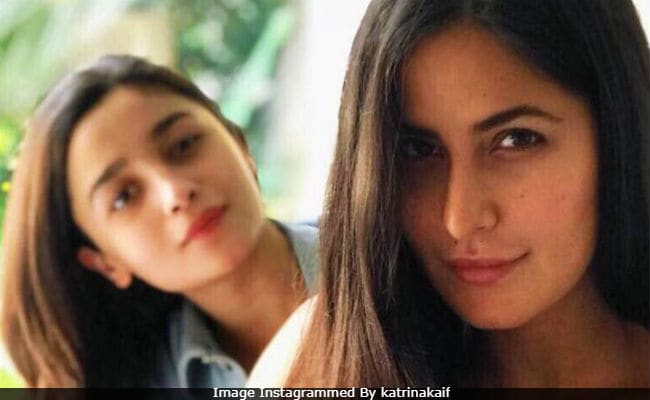 Actress Alia Bhatt, rumoured to be dating Brahmastra co-star Ranbir Kapoor, has refuted reports that she is no longer friends with Katrina Kaif, news agency PTI reports. Alia and Katrina's friendship apparently soured after the Highway actress' rumoured romance with Ranbir featured in headlines. Katrina and Ranbir, co-stars of films like Ajab Prem Ki Ghazab Kahani, Raajneeti and Jagga Jasoos, dated sometime between 2008 to 2016. Asked if she and Katrina are 'still friends,' Alia said at an event, "No, straight up. I've always been very fond of Katrina. I believe that it's two ways. I don't know why other people feel differently," PTI reports.

Another set of reports also claimed that Katrina has stopped liking Alia's pictures on Instagram. Of the same, Alia said, "I will send her a message and ask her to start liking my pictures. If that's the barometer of friendship we must start liking everyone's pictures... May be I just don't have very good pictures, that's possible. But no, there's no stress whatsoever."

Meanwhile, Ranbir's mother Neetu Kapoor's relationship with his girlfriends - Deepika Padukone (whom he dated in 2007) and Katrina - was reported to have been not cordial. However, with Alia, it appears to be different.

Brahmastra is Alia and Ranbir's first film together. Both of them have been pictured with each other's families too at several occasions.